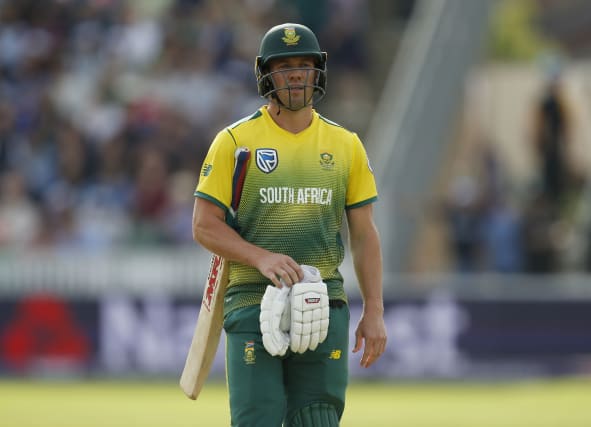 South Africa could be ready to welcome AB De Villiers back from retirement, with assistant coach Enoch Nkwe claiming the star batsman’s experience would be a welcome boost for the team.

De Villiers, 35, retired from Proteas duty in 2018 but remains one of the world’s most exhilarating players.

He was reportedly keen to make his comeback during last year’s World Cup in England but could not come to an agreement with the team management.

There has since been an overhaul behind the scenes at Cricket South Africa, with De Villiers’ former team-mates Graeme Smith and Mark Boucher installed as director of cricket and head coach.

Speaking while on duty for Brisbane Heat in the Big Bash League, De Villiers hinted that he would be prepared to return, possibly for the Twenty20 World Cup in October and this time the reception might be more enthusiastic.

“Maybe it is something that is happening behind the scenes. If he was to be approached or if he was to show some interest…I know for sure he’d be someone who would consider it,” said Nkwe.

“You have to earn it, it’s not just walking into the team. AB has commitment to South African cricket. He has been involved in the Mzansi Super League and I’m sure if he shows interest, he’ll be involved in some of the series we’ll be playing (before the WT20).

“We’ll wait and see if he’s interested or not.

“But it’s always good to have some sort of experience and I’m sure the life experience he’s gained from the last year or two being outside international cricket, that would be immense for the environment and South African cricket.”

Saracens to be relegated from Premiership over salary cap breaches