Full-back James is a big attacking weapon for Chelsea – Lampard 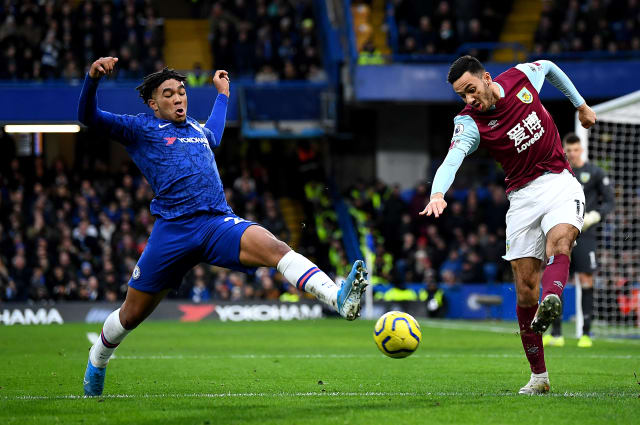 Frank Lampard has challenged Chelsea to capitalise on the quality of Reece James’ crossing.

James has forced his way into Chelsea’s first-choice starting line-up this term and now boss Lampard has branded the 19-year-old as crucial to the Blues’ attacking framework.

“He’s got a great, great delivery of cross and much more than that too,” said Lampard.

“He’s good on the ball and he’s physically so good as well, and he’s so young, so this is just the start for him.

“The way I want us to play, the full-backs are going to be huge for us.

“If I want to get it right then they have to join in and be an attacking threat.

“And he certainly is for us, he’s a big weapon at the minute that we have to use well.

“And we have to be ready to anticipate and get across people and make goals like we did with the Tammy one today.”

Jorginho’s coolly side-footed penalty settled obvious nerves for a Chelsea side who were searching to hit back after successive home league losses, to Bournemouth and Southampton.

Abraham then nodded home James’ superlative cross, with the ex-Wigan loan man racing down the right and whipping in an inch-perfect ball at full tilt.

Abraham’s 13th league goal of the term had Lampard again singing the praises of the 22-year-old number nine, with the England hitman turning in another impressive performance.

“Tammy is really relishing the number nine shirt, but on top of that I hope he’s a little upset after that because he should have had two or three goals,” said Lampard.

“I know he’ll be feeling like that, but at the same time he did get his goal.

“He keeps getting in there, with his energy and personality on the pitch. He was that all-round striker.

“And the next stage is can you be more clinical, but I’m delighted with Tammy.”

N’Golo Kante was ruled out on Saturday morning due to a tight hamstring, leaving Lampard hoping the World Cup-winning Frenchman will not be sidelined for long.

“N’Golo got through training on Friday, so it was something that came up last night and we made a decision this morning,” said Lampard.

“So it was more of an awareness in the hamstring as opposed to a moment where he had to pull up.

“So that makes you hope it’s a small thing, but we’ll have to see how it goes.”

Sean Dyche could truck no argument with Chelsea’s comfortable win, but took the time to praise the efforts of Dwight McNeil.

When asked if the England Under-21 midfielder could leave Burnley in the January window, Dyche said: “I wouldn’t expect so but who knows? It’s a club that likes to see the money coming in rather than paying it out.

“I thought he was outstanding and he must be one of the top talents in the country for me at the moment.”