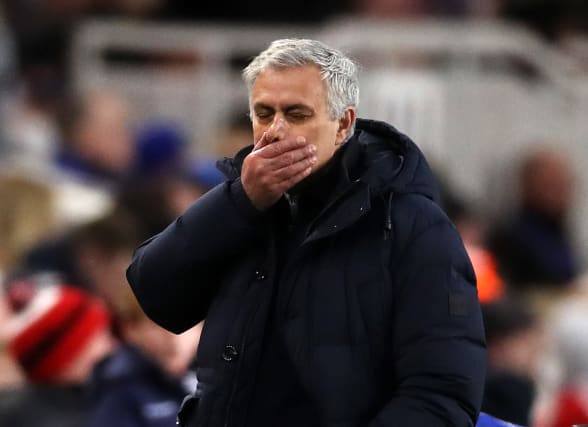 Tottenham head coach Jose Mourinho says the club will not panic buy in January, despite serious injuries to Harry Kane and Moussa Sissoko.

Striker Kane has been ruled out until April as he goes under the knife on a hamstring injury while midfielder Sissoko is set for a similar lay-off following knee surgery, leaving them short of quality ahead of a daunting Premier League game with Liverpool on Saturday.

Spurs have been linked with a host of strikers, and are understood to be interested in AC Milan’s Krzysztof Piatek, but Mourinho has warned they will only purchase in the current window if the right deal presents itself.

“So we are all the same, but the reality is that when I came here two months ago I knew the situation.

“I didn’t know of course that I was going to lose Harry and Moussa for so long, but I knew that the situation was about to try to get the best out of the players that we have, and that doesn’t change.

“If the boss arrives with a solution that can help us to face these difficult months that we are going to have ahead of us then so be it, then welcome.

“But if we don’t find the right solution, the right opportunity, then we are going to wait for the next summer to try to make the right decisions for the evolution of the team.

“So let’s wait, calm, but in this moment my focus is total on the players that we have available. That’s the way it is.”

Mourinho, who is used to doing his dealings in the summer transfer window, does not have a list of targets and says the club are likely to react if an opportunity comes their way.

“This isn’t about a list of players. January is a strange market, it’s not an easy market to be in,” he added.

Losing Kane is a bitter blow for Mourinho, given they have no other senior striker in their ranks.

He could very well miss the rest of the season, so the Portuguese does not want to talk about the situation too much.

“There’s no player who can replace Harry Kane,” Mourinho said. “It’s not a couple of weeks until they’re back.

“It’s surgery, and a long, long time. If you allow me, I would like not to speak about Harry Kane.

“It’s better to speak about things that make me laugh.”

The prospect of playing champions elect Liverpool, who are unbeaten in the Premier League over a calendar year, is not going to do much to improve his mood.

“It’s the best team in our competition, just to say that. I could say more than that,” Mourinho said.

“We would prefer of course to have much more options to try and go in the direction of the more solid, more happy, more confident.

“We know how good they are, we can imagine that in this room only two persons think that we can win. Maybe only two, but we believe.”

Midfielder Tanguy Ndombele will be another absentee with a hip injury and is joined on the sidelines by goalkeeper Hugo Lloris (elbow) and left-back Ben Davies (ankle), though they are expected to be back by the end of January.