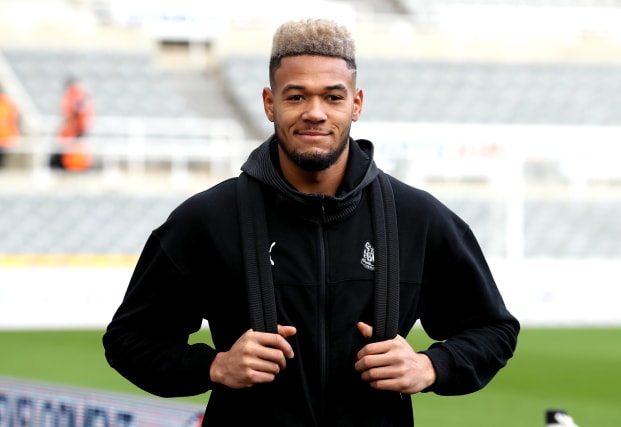 Steve Bruce has insisted misfiring £40million striker Joelinton is not alone as he attempts to adapt to life in the Premier League.

The 23-year-old Brazilian has just a single goal to his name in his 22 appearances to date, a winner at Tottenham in August, and found himself in the firing line of his own club’s fans during last weekend’s disappointing 1-1 FA Cup draw with Sky Bet League One Rochdale.

However, speaking head of Saturday’s trip to Wolves, Bruce said: “If you look at the bottom 10 or so – take (Southampton’s Danny) Ings out of the equation – it is very difficult. Who else is there? That is why they cost so much and are paid so much.

“There are not many like that. Ings has been outstanding at the bottom end and the other one, of course, is (Norwich’s Teemu) Pukki.

“We have to keep persevering, keep working with him and try to get him through it. He is still young, but we all know that a centre-forward with number nine on his back is a big burden to carry.”

Bruce is also conscious of how long it takes some overseas players to settle into English football and that even some of the best do not manage the transition, pointing to Argentina international Juan Sebastian Veron as an example.

He said: “We English are hopeless, we never make a fist of it going anywhere. We are absolutely hopeless. We are the worst travellers ever as footballers – we can’t deal with it – so when you’re asking someone from a different culture and all the rest of it, then you are taking a gamble.

“Can they adapt to the Premier League? Can they hit the ground running? I remember one of the great players, Veron at Manchester United, and it didn’t quite happen for him. A great, great player.

“But how many times have you seen it? It happens frequently. Wolves spent £20million on (Patrick) Cutrone in the summer and he’s gone to Fiorentina on loan.”

Joelinton’s difficulties have seen Newcastle linked with a list of striking targets in recent days, Chelsea pair Olivier Giroud and Michy Batshuayi among them, but Bruce has played down the speculation.

He said: “If we can get to the level of a certain type of player, who can improve us, then we’ll act. If we can’t do that, then what’s the point?”