Al Sadd insist Barcelona have made no approach to appoint Xavi 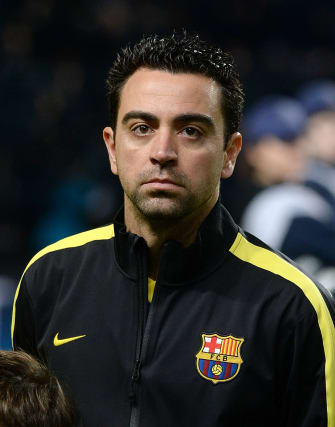 Xavi’s club Al Sadd insist they have had no official approach for the coach to return to his former club Barcelona.

Catalan radio station RAC1 and Spanish newspaper AS reported that Barca’s sporting director Eric Abidal, previously a team-mate of Xavi, and CEO Oscar Grau had met with the former midfielder and offered him a two-and-a-half year deal to replace Ernesto Valverde as their coach.

Xavi played the vast majority of his career at the Nou Camp before moving to Al Sadd in Qatar, first as a player and then as coach.

The club responded to Friday’s reports with a statement on their website in which general manager Turki Al-Ali accepted Xavi would eventually return “home” but denied any immediate approach.

He said: “The issue of Xavi going to Barcelona is normal and expected because he will be at his club.

“It’s his first home and he must return there in the future, but as of today, Xavi is the coach of Al Sadd. Xavi and his team are focusing on tomorrow’s match against Al-Rayyan (in the Qatar Cup).

“We know that a club with the size and professionalism of Barcelona will take to official channels to speak of such matters.”

Xavi won eight LaLiga titles, four Champions Leagues and a host of other trophies with Barca, while his 133 Spain caps included three successive major international titles at the 2008 and 2012 European Championships and the 2010 World Cup.