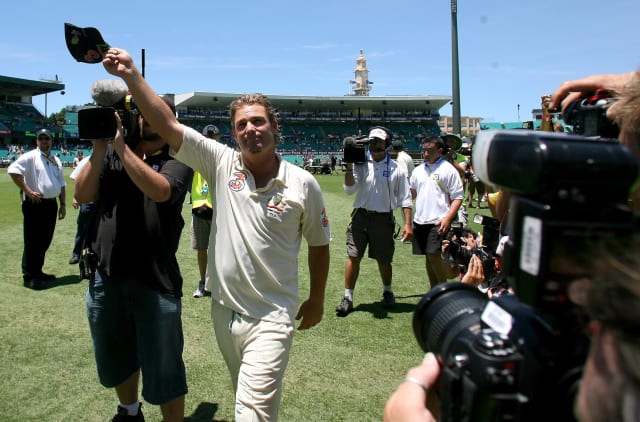 Shane Warne’s famous baggy green cap has raised more than a million Australian dollars for the victims of wildfires in the country.

The leg-spinner wore the item thoughout his career in which he played 145 Test matches and took an Australian record 708 wickets.

He announced the auction on his Instagram account on Monday, saying the impact of the fires has been “devastating”.

Huge parts of south-east Australia have been ravaged by fires with 27 people killed and more than 2,000 homes destroyed.

He wrote on Twitter: “You have blown me away with your generosity and this was way beyond my expectations.”

The money will go to the Australian Red Cross.

Writing when he launched the auction, Warne said: “Lives have been lost, homes have been destroyed and over 500 million animals have died too. Everyone is in this together and we continue to find ways to contribute and help on a daily basis.

“This has lead me to auction of my beloved baggy green cap (350) that I wore throughout my test career (when I wasn’t wearing my white floppy hat).

“I hope my baggy green can raise some significant funds to help all those people that are in desperate need.”