Scheduling clash could prevent Australians from playing the entire Hundred 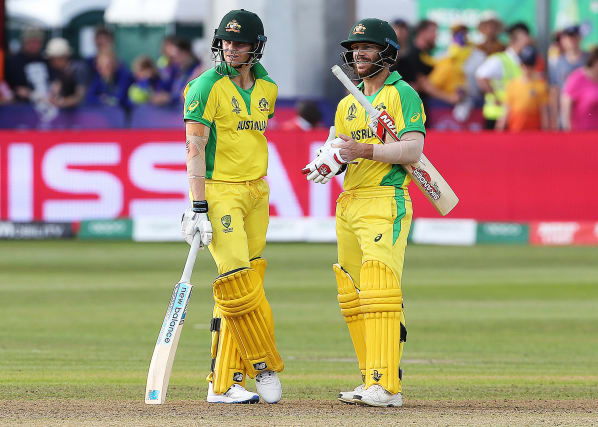 The likes of Steve Smith, David Warner and Mitchell Starc could find their planned stints in the inaugural season of The Hundred curtailed due to a potential scheduling clash with Australia.

The Hundred is due to run between July 17 and August 15, which could cross paths with a rescheduled one-day series between Australia and Zimbabwe.

The England and Wales Cricket Board is aware of the possibility and is understood to be relaxed about the situation, with discussions likely to take place with Cricket Australia in search of the best compromise.

“Each national team and its players have their own competition schedules to manage and we are aware that an ODI series between Australia and Zimbabwe is being planned for this summer, which may have a small degree of overlap with The Hundred,” said a spokesperson.

“However, no dates have been confirmed and player selections will be made much further down the line therefore it’s hard to determine the impact at this stage.

“Player availability is affected by many variables including injury, conflicting schedules and team selection, all of which must be managed when they come to light, as with any competition.”

Oval Invincibles are the only one of the eight teams not to have any Australian representation, though Manchester Originals can expect Christian’s deal to be unaffected given his last ODI cap came in 2014.

Welsh Fire, the Cardiff-based side, are at the opposite end of the spectrum having used their two top £125,000 picks on Smith and Starc.

The ECB also declared itself “delighted” by the level of global interest in the tournament, which has also attracted international talent from Afghanistan, Pakistan, the West Indies, Nepal, South Africa and New Zealand.