Buttler sanctioned by ICC after fiery exchange with Philander 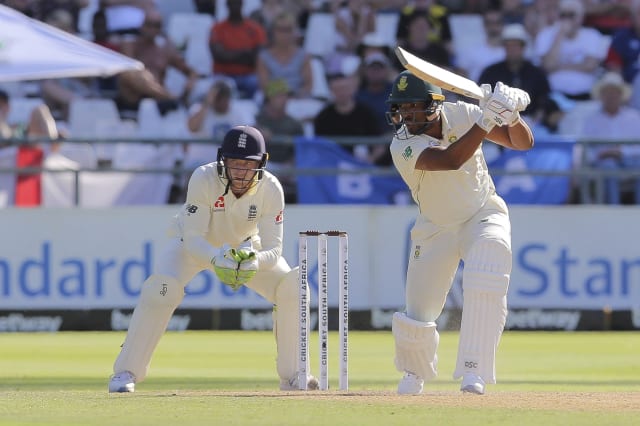 Jos Buttler has been disciplined by the International Cricket Council for his outburst at Vernon Philander during the second Test against South Africa.

Buttler was keeping wicket during a tense final day in Cape Town when he launched a series of expletives at Philander, seemingly angered by the batsman’s decision not to move out of the way of a throw.

The exchange was picked up by the stump microphones and shared widely on social media, leaving Buttler with little option but to accept the match referee’s charge.

He will lose 15 per cent of his match fee and pick up one demerit point having breached the ICC’s disciplinary code. Suspensions kick in only after players have accumulated four demerit points in a two-year period and, as this is Buttler’s first such offence, he is in no imminent danger of missing any cricket.

An ICC statement read: “Buttler was found to have breached Article 2.3 of the ICC Code of Conduct for Players and Player Support Personnel, which relates to ‘use of an audible obscenity during an international match’ following an incident with South Africa all-rounder Vernon Philander.

“Buttler admitted the offence and accepted the sanction proposed by Andy Pycroft of the Emirates Elite Panel of ICC Match Referees and, as such, there was no need for a formal hearing.

“In addition to this, one demerit point has been added to the disciplinary record of Buttler, for whom it was the first offence during a 24-month period.”

“I don’t think anyone overstepped the mark and you want a bit of something to talk about, a bit of spice on the TV don’t you?” he said.

“Hopefully it’s not a big deal and we can just get on with it. I don’t think it will linger throughout the series – it’s just two guys playing hard Test cricket. At that stage in the game emotions were probably running quite high.”