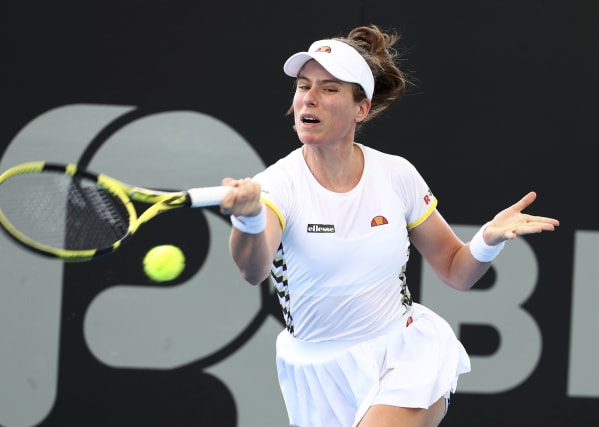 Johanna Konta’s Australian Open hopes are not thought to be in doubt despite her withdrawing from next week’s Adelaide International.

The British number one revealed last month that she was not certain to play in the first grand slam of the year because of a nagging knee injury.

Konta cut a hugely successful 2019 season short after reaching the quarter-finals of the US Open in early September but did travel as scheduled to Brisbane to start the year.

She lost her opening match at the Brisbane International to Barbora Strycova on Monday and had been due to compete in the new tournament in Adelaide as part of her build-up to the Australian Open.

Konta’s management described her withdrawal as precautionary, saying the 28-year-old wants more time on court and will therefore concentrate on practice.

The decision means the world number 12 will play her opening match in Melbourne looking for a first victory since beating Karolina Pliskova in the fourth round in New York more than four months ago.

Konta enjoyed a superb campaign in the grand slams last year, reaching her third semi-final at the French Open and then following that up with quarter-final appearances at Wimbledon and the US Open.