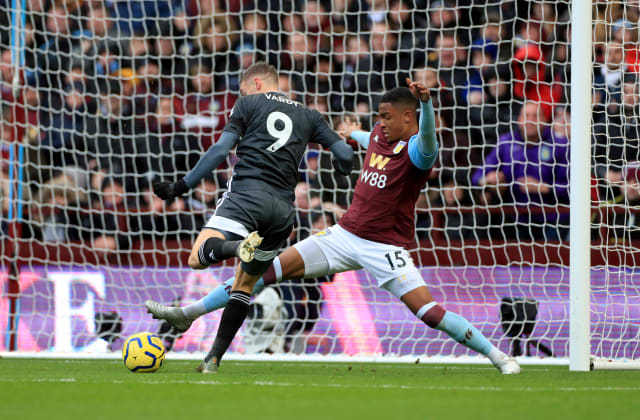 Leicester host Aston Villa in the first leg of their Carabao Cup semi-final on Wednesday.

Here, the PA news agency’s Nick Mashiter looks at the talking points ahead of the game.

Can Leicester take the next step?

Winning silverware is the ultimate goal in the Brendan Rodgers era at the King Power Stadium. The manager has been keen to keep grounded during a season where they have emerged as surprise Champions League contenders. But, after coming through a rocky spell following the shock 2016 title win, Leicester are becoming the real deal and making a cup final – and winning it – would rubber stamp them as real contenders.

What would it take to keep James Maddison?

Proving he can win something with the Foxes will no doubt help. Maddison, who is on the £60,000-a-week he originally signed when joining from Norwich in 2018, has been heavily linked with Manchester United. Talks over a new deal have begun and with Maddison showing no signs of wanting to leave progress on the pitch will help the Foxes make their case.

The Foxes manager has not lost a domestic cup tie in 30 matches, with his last defeat in April 2015 when Liverpool lost in the FA Cup semi-final against Aston Villa. During his spell at Celtic he lifted two Scottish Cups and three Scottish League Cups and was on course for the treble-treble before leaving for Leicester almost a year ago. Leicester are favourites to reach the final and will be expected to do so.

Villa’s skipper and talisman is their best player and has proved his Premier League credentials this term. It is a cup semi-final and he will be expected to start having scored six league goals to boost Villa’s survival hopes this season.
This time, though, leaving Grealish on the bench would be akin to waving the white flag before the game has even started.

How much of a miss will Tom Heaton and John McGinn be?

After Grealish the pair are Villa’s best players and have left a huge hole in the squad. Goalkeeper Heaton is sidelined for the season with a knee injury, with midfielder McGinn unlikely to return before March after fracturing his ankle. Without the duo Villa are significantly weaker and will be easier for Leicester to face, while new loan signing Danny Drinkwater – who won the title with Leicester in 2016 – is cup tied after playing in an early round for Burnley.