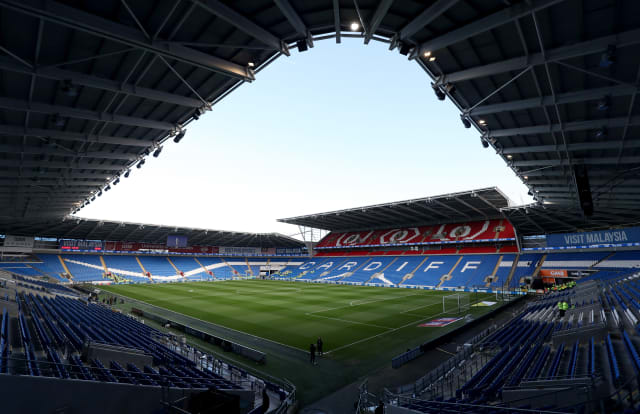 Wales will play the United States in a March friendly and put extensive security measures in place amid rising tension in the Persian Gulf.

The PA news agency understands contracts are about to be swapped between the Football Association of Wales and US Soccer for a March 30 friendly at the Cardiff City Stadium.

It will be the first time that a major US national sports side will have visited the United Kingdom since Iranian general Qassem Soleimani was killed by an American air strike last week.

US President Donald Trump says he ordered the strike to prevent a conflict, but Iran has vowed harsh retaliation against America.

The FAW was always aware that hosting the USA for the first time in a men’s football international would present unique security challenges.

But PA understands some measures are already being ramped up in the wake of President Trump sending 3,000 more Army troops to the Middle East and threatening to strike Iranian cultural sites.

The FAW can also count on its experience of working closely with security agencies, having hosted the 2017 Champions League final between Real Madrid and Juventus at the Principality Stadium.

The USA – who will include players such as Chelsea forward Christian Pulisic and Newcastle defender DeAndre Yedlin – will play Holland in Eindhoven on March 26 and wanted another game on their European tour.

US Soccer postponed its men’s training camp in Qatar on Saturday after what they described as “developing tensions” in the Persian Gulf.

Gregg Berhalter’s squad were set to train in Doha from January 5-25 in preparation for their first match of 2020, against Costa Rica in California next month.

The Americans are now holding their annual January camp at the IMG Academy in Florida.

The only time the two countries have previously met was in May 2003 when the United States won 2-0 in a San Jose friendly.

Wales’ first Euro 2020 warm-up match will be against Austria on March 27.

The game will mark the return of the national team to Swansea’s Liberty Stadium after a seven-year absence, with Croatia the last visitors there in February 2013.

Ryan Giggs’ side will play two more friendlies before their Euro 2020 opener against Switzerland in Baku on June 13.

One of those June games is likely to be away to Holland, while the FAW is hopeful of securing a “send-off” game for Giggs’ squad in Cardiff.