VAR in place for Carabao Cup semis and final 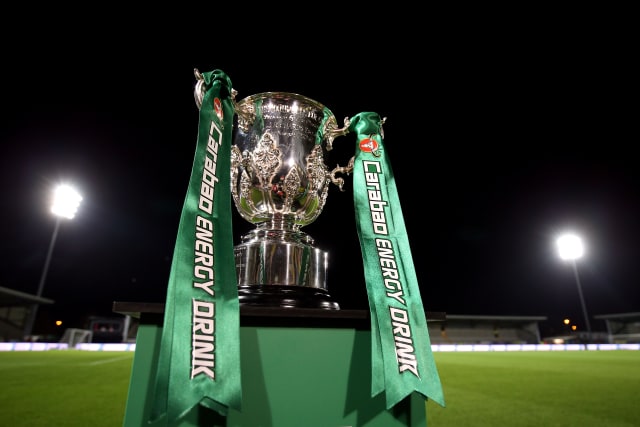 The video assistant referee (VAR) will be used for this month’s Carabao Cup semi-finals and the final in March, the English Football League has announced.

VAR will be introduced for the first time in EFL fixtures for the two-legged semi-finals – Manchester United v Manchester City and Leicester v Aston Villa, with the first legs on January 7 and 8 respectively.

“Video Assistant Referee will be in operation for the four semi-finals and Wembley final in this year’s Carabao Cup,” the EFL said in a statement.

“Fans in the stadium will be kept abreast of in-game developments with the same notification process and protocols put in place for supporters as has been used throughout the 2019-20 Premier League season.”

The EFL said that for the remaining Carabao Cup ties VAR, based remotely at Stockley Park, will assist the referee in only four match-changing situations – goals, penalty/no penalty decisions, direct red cards shown or not shown (second yellow cards cannot be reviewed) and mistaken identity.

The second legs of the semi-finals will see Villa play Leicester at home on January 28 and a return Manchester derby at the Etihad Stadium the following day. The final will be played at Wembley on March 1.