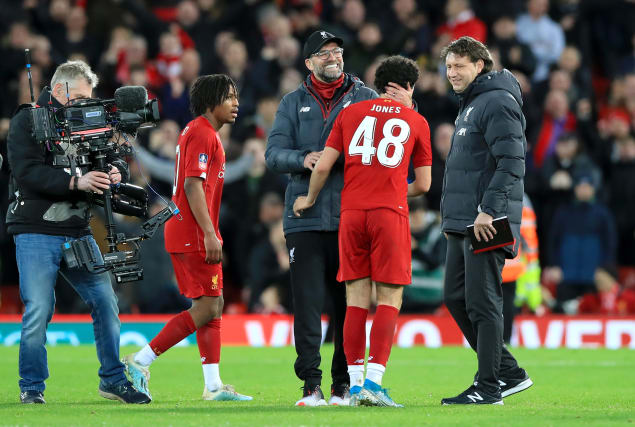 Liverpool won their FA Cup derby with Everton in the headline result of this weekend’s sporting action.

The competition also witnessed the first use of the VAR pitchside monitor in English football.

England held the upper hand in the second Test with South Africa while the NFL play-offs brought a rare first-round exit for the New England Patriots.

Here, the PA news agency reviews the weekend in pictures.