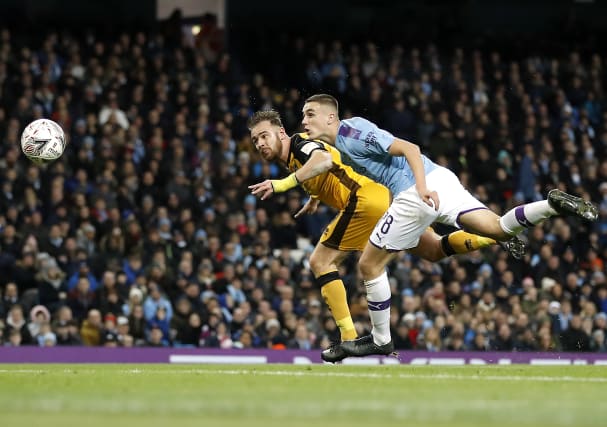 Port Vale striker Tom Pope has apologised over a tweet he sent at the weekend, insisting he was "unaware" it could be perceived as anti-Semitic.

The player was asked on Twitter to "predict the WWIII result" after scoring in his side's 4-1 FA Cup defeat to Manchester City.

His reply, which was later deleted, read: "We invade Iran then Cuba then North Korea then the Rothchilds (sic) are crowned champions of every bank on the planet."

A statement from Pope published by his club on Monday stated that he was "unaware of any link between the Rothschild family and the Jewish community".

The club said that the Football Association had asked them for Pope's observations regarding the tweet and that the club were conducting an internal investigation in parallel to the FA's enquiries.

A statement from Pope published on Port Vale's website read: "Following the reaction to my response on Twitter about the Rothschilds, I was unaware of any link between the Rothchild family and the Jewish community.

"If I have caused offence to anyone, I'd like to apologise enormously as this was never my intention."

Pope had earlier created a storm on social media after his goal in Saturday's third-round tie at the Etihad Stadium backed up his pre-match bravado in a personal battle with City's John Stones.

Last summer Pope, 34, mocked Stones in a tweet, claiming he would score 40 goals a season if he faced the England defender every week.

In a follow-up post after the match, Pope joked: "I'd just like to say I was completely wrong and bang out of order to say I'd score 40 a season... it's more like 50."

He said after the match: "It was only banter and people have dug it up because we've drawn Man City. All of a sudden it's everywhere and people have been on my case about it.

"He's a world-class centre-half. I was just saying he wasn't very physical and that's it. If people think I'm wrong, well, I don't care."