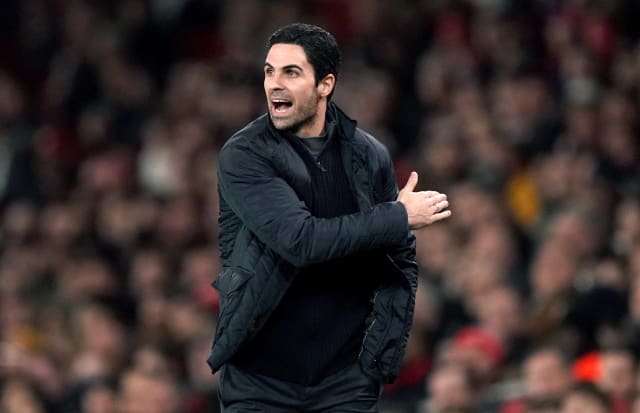 Arsenal’s FA Cup third-round clash with Leeds saw one manager at the start of his career face off against one who has been around for several decades.

Mikel Arteta went up against Marcelo Bielsa and it was the beginner who came out on top as the Gunners won 1-0.

Here, the PA news agency looks at how both men went about things at the Emirates Stadium.

Arteta, in just his fourth game as a manager, is a complete novice compared to Bielsa, who first began in management in 1990 and has been in charge of close to 650 games. The Spaniard was eight when his opposite number’s career as a manager began at Newell’s Old Boys so what Bielsa does not know about management is probably not worth knowing. Indeed, Arteta’s philosophy may well be shaped by Bielsa, who is known to have had a big bearing on Pep Guardiola, who Arteta worked under before joining Arsenal.

Arteta lifted the FA Cup twice as a player for the Gunners so took it seriously, naming a strong side. He left out striker Pierre-Emerick Aubameyang, but the likes of Alexandre Lacazette, Pepe and Mesut Ozil all started. It was Ozil’s first appearance in the FA Cup since the 2017 final against Chelsea. Leeds have a bigger goal this season as they try and win promotion to the Premier League and Bielsa made five changes to his side, handing debuts to Illan Meslier and Robbie Gotts.

Although he made four changes, Arteta still set up in the 4-2-3-1 formation that has been the hallmark of his first few games at the helm, even if he raised a few eyebrows by playing Sokratis Papastathopoulos at right-back. Bielsa, thanks to ‘Spygate’ last season, is known to prepare meticulously for the opposition, but he stuck to his tried and tested 4-1-4-1 style.

Bielsa is one of the pioneers of the pressing game and the opening 45 minutes were a perfect example of how it works so well, as they swamped Arsenal with bodies high up the pitch and created a number of chances in the process. The Gunners’ back line, David Luiz and Rob Holding in particular, regularly found themselves in trouble as they were hounded by three or four Leeds bodies. The visitors could not make their dominance count, though, and were unable to recreate it in the second half. Instead, perhaps with harsh words ringing in their ears from Arteta at half-time, the Gunners were able to beat the press after the break and were the ones on the constant attack, with Reiss Nelson’s goal settling the game.