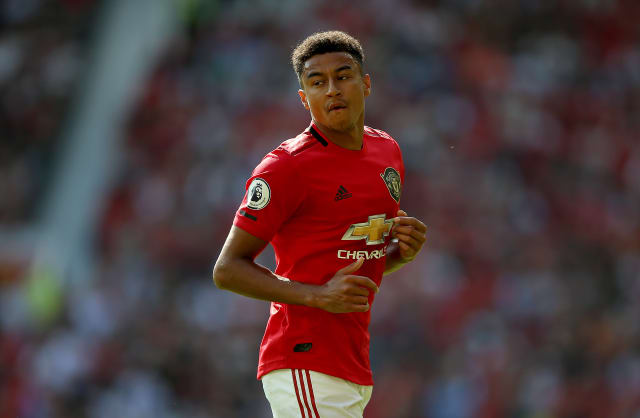 Manchester United manager Ole Gunnar Solskjaer has noticed Jesse Lingard has toned down his social media activity and believes the midfielder is now starting to regain his form.

While the two may be entirely coincidental, the United boss has spoken to his players about their social media use and Lingard was previously one of the most prolific.

The 27-year-old was heavily criticised in the summer after he uploaded to Snapchat a crude video of him on holiday, for which he was disciplined by the club.

Lingard did not score a Premier League goal or register an assist in 2019 and has managed just two goals in the last 12 months, against Arsenal in the FA Cup last January and in the Europa League defeat away to Astana in November.

However, his manager has started to see a return to form for the England international.

“I think it (social media) is part of being a Man United player. It is how you come across, I think it is important you do give of yourself but in a positive way and it is football-related,” said the United boss.

“I do speak to players about how they portray themselves. I don’t have social media and never have but it is a different generation.

“Jesse has had his ups and downs as I’ve spoken about before. But say the games against (Manchester) City and Tottenham (last month), they are examples of how important he can be for us.

“Of course we want him back scoring goals and making assists, there is no one who runs as much as Jesse, he’s a great trigger for us in the pressing.

“He is a lively, bubbly character, (but) I don’t think you see as much on social media as you used to do with Jesse.

“He’s got his head down, working hard. I’ve known him a few years and he is getting back to the Jesse I knew.”

Solskjaer will hope that improvement continues as they head into the first leg of their Carabao Cup semi-final at home to neighbours Manchester City on Tuesday.

They beat their rivals 2-1 at the Etihad in the league a month ago and the Red Devils boss admits that is the level of performance expected of his side, who have won four times in eight matches since that derby victory.

“We have to aim for performances like that,” he added.

“When you get highs like that I am sure they will look back on it and say, ‘That’s the Man United we want to see’, but we still can improve on that one.

“Big games give you energy, give you the urge to go to the next level above and beyond what you might be capable of in your head. Sometimes you surprise yourself.

“These big games you get the rhythm, there is no way you can train in between, so it is about mental preparation, get good treatment and hopefully remember what we did well last time and what we must do better.

“You always want to win trophies and we are so close now, but there are two games so we have to know when this game is finished it is half-time.

“We still have to go to the Etihad and finish the job off if we do well tomorrow.

“It is a two-game tie but we just focus on this one now as it is still three weeks till the next one.”

Solskjaer will give the likes of Lingard, Anthony Martial, and Luke Shaw – who all missed United’s goalless FA Cup third-round tie at Wolves – and Harry Maguire, who injured a foot in that game, until the last minute to prove their fitness.

“We are going to give them as much time as we can. Some of them are still not ready,” he said.

“If there was a game today I’m not sure if they could perform at their best.

“But another 36 hours might be a big change so we will give them until tomorrow morning before I give them the team.”