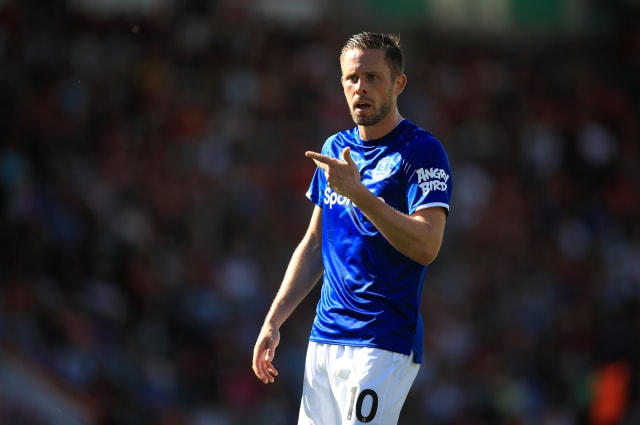 The 1-0 reverse at Anfield, extending a winless run on their neighbours’ turf which stretches back to 1999, to what amounted to be a Liverpool third team left nearly 8,000 visiting fans furious at an insipid hour of play having created some decent chances in the opening 20 minutes.

Most of the Everton players headed straight for the tunnel, knowing full well what response they were likely to get if they ventured near the Anfield Road end and few were prepared to speak about the experience afterwards.

Sigurdsson fronted up post match and accepted they just had to do better, especially with new manager Carlo Ancelotti looking to put his stamp on an underachieving side.

Asked how they could make amends, Sigurdsson said: “Winning games. As simple as that.

“Of course no-one is happy when you lose and are out of the cup.

“Everyone associated with the club – fans, staff, players – are disappointed with the result.

“I think we have only got ourselves to blame not to have taken our chances in the first half. It’s very disappointing.

“We’ve just got to make sure we continue the form we had in the Premier League in the last couple of weeks and try to finish off the season strongly.”

Lack of goals has been a key feature, having scored just 24 in 21 league matches and Sigurdsson blamed missed chances for the latest defeat.

Dominic Calvert-Lewin had a couple of opportunities, while Richarlison had a great chance which a player of his quality should have finished. Mason Holgate also planted a free header straight at goalkeeper Adrian when he had the whole goal to aim at.

“I think we created enough chances in the first half to score,” the midfielder added.

“It’s obviously likely to happen when you don’t take your chances that you get punished. I think that was a prime example of that.

“It’s changed since Duncan Ferguson came in (as caretaker after Silva’s sacking) and the first couple of games under this manager we picked up a couple of results so we need to get back to that now.”