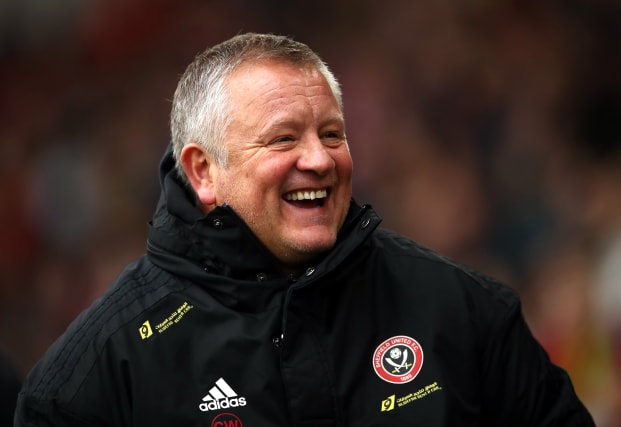 Chris Wilder praised Sheffield United’s attitude after his team learned from the mistakes of a year ago to progress to the FA Cup fourth round.

A much-changed Blades side overcame AFC Fylde 2-1 on Sunday.

Wilder, who made 11 changes, saw his team go out of the competition at this stage last season as National League Barnet caused an upset at Bramall Lane.

The Blades hosted opposition from the same division again but this time avoided a giant-killing thanks to Callum Robinson’s early goal and a Leon Clarke strike on the hour.

However, the lowest-ranked team remaining in the competition made the Premier League club sweat by setting up a tense finale when Jordan Williams pulled a goal back with 12 minutes left.

“These games are so awkward, especially when you make as many changes as we did. There is never going to be the same flow as at first-team level,” said Wilder.

“But it was all about attitude and I thought the attitude of the players was great. They smelt an upset towards the end but we saw it through.

“I thought we were comfortable but they made it difficult for us. I feel relieved after what happened last year.

“I really didn’t enjoy what happened last year, despite it being a fantastic season for the football club – one of the best we ever had. But that was a real low point, we didn’t deserve to go through last year. We did today.”

New signing Jack Rodwell made his debut as part of a three-man defence and Wilder said: “I was pleased with all of them and Jack Rodwell played well in a difficult position.

“Jack plays central midfield and we wanted to have a look at him playing there (central defence).

“I thought you saw with his passing, playing off both feet, the quality he has but we need to get him up to speed.”

Fylde boss Jim Bentley thought his side, who are in the relegation zone in the National League, gave a good account of themselves.

“I’m gutted for everyone concerned with our club but I’m mightily proud,” said Bentley.

“We didn’t just want to turn up and get beat 4-0 and clapped off by the fans, we identified areas we could cause them problems and at times we did that.

“We came with a plan and a belief that we could get something, and it would have been massive if we had.

“This can help us in our league form. For 12 minutes at the end we had to believe and – on another day – who knows. I’ve enjoyed our run and it’s something to build on.”