What happened on day three of the second Test between South Africa and England? 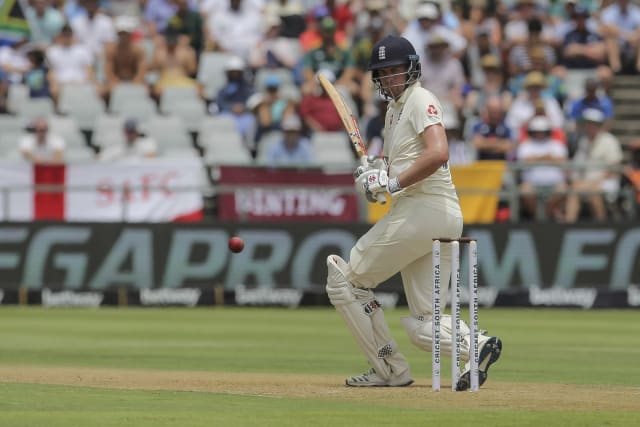 Dom Sibley enjoyed the finest day of his short international career in Cape Town as he methodically worked England into a dominant position in the second Test against South Africa.

The Warwickshire opener came to the crease early on the third morning averaging just 17.5 from his first six innings at the highest level but walked off with an unbeaten 85 at stumps, his credentials renewed and his side 264 runs ahead.

With captain Joe Root making a breezy 61 before his late departure and Ben Stokes next man in on 218 for four, the stage is set for the tourists to push for a series-levelling win at Newlands.

England had already banked a handy 46-run lead by wrapping up the Proteas’ first innings for 223, James Anderson’s double strike guaranteeing him another record in the process, but Sibley’s efforts over the course of 222 balls and nearly six hours cemented the advantage.

The 24-year-old batted with deliberation and determination, happy to exploit his strengths through the on-side but also taking the opportunity to expand his off-side repertoire as he found his feet.

Anderson had earlier completed his 28th five-wicket haul of his career, surpassing Sir Ian Botham’s mark almost five years after overtaking him as England’s leading wicket-taker and confirming, as if confirmation were needed, that at 37 he still has both the hunger and skill to last the course.

Ben Stokes became the 13th non-wicketkeeper to take five catches in a Test innings when he held on to last man Anrich Nortje, and the first Englishman on the list. When he hunkers down at second slip later in the match he will need three more to level the world record for a match – currently held by India’s Ajinkya Rahane and South Africa’s AB De Villiers.

The fallout from Rory Burns’ ankle injury continues to clarify, with the Surrey opener due to see a specialist back in England next week. Surgery could be an option but, whatever the chosen course of action, the initial feeling is that he will not be ready to travel to Sri Lanka in March.

Stuart Broad has been thinking about the no-ball that cost him the wicket of Rassie Van der Dussen on day two. Rather than joining the criticism of umpire Paul Reiffel, who seemingly missed him over-stepping before and after the key moment, Broad absolved the officials and instead suggested England’s backroom staff might have a role to play – monitoring the crease line and getting messages out to the players when necessary.

Day four of five. England will be trying to put the game out of sight for South Africa, while Sibley needs 15 runs to bring up a maiden Test hundred. The Proteas need wickets fast if they are to keep alive hopes of going 2-0 up.