The will of Wilbraham knows no bounds 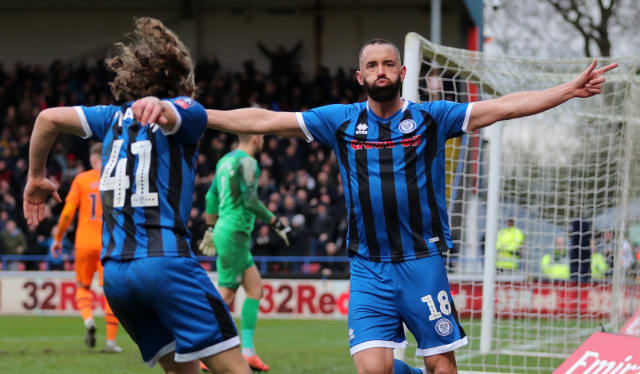 Rochdale’s self-styled ‘Peter Pan’ has no intention of calling time on his football adventures after striking a late equaliser in his side’s FA Cup third round draw with Newcastle.

Forty-year-old Aaron Wilbraham – whose leveller was set up by a team-mate 23 years his junior – insists age is just a number as he looks to extend his storied career deeper into his fifth decade.

Wilbraham’s career started at Stockport in 1997 and included a handful of Premier League appearances with Norwich and Crystal Palace but he insisted Saturday’s leveller ranks high on his list of career achievements.

Wilbraham said: “It is the best feeling in the world to score in the FA Cup against a Premier League club, and it is massive for a club like Rochdale to get a replay at St James’ Park.

“I scored for Stockport against Manchester City and now this. I keep having these moments and I just want to keep it going for as long as possible.

“I just think you can never relax and get too comfortable. I have looked after myself better than I did in my younger years. I still train every day and I just want to carry on going.

As well as being an integral part of Rochdale’s recent successes on the pitch, Wilbraham insists he has no problem remaining relevant in a squad sprinkled with teenagers including his 17-year-old goal provider Luke Matheson.

“I’m the DJ in the dressing room at the moment, so they have to put up with my tunes no matter what,” joked Wilbraham.

“I try and keep it current for the young lads. The boys call me Peter Pan because I have that rapport with the young lads. I have a little brother and nephew who are 24, 25, so I can fit in with the cool kids.”