‘Shame on you’ – Balotelli angered by racist chants 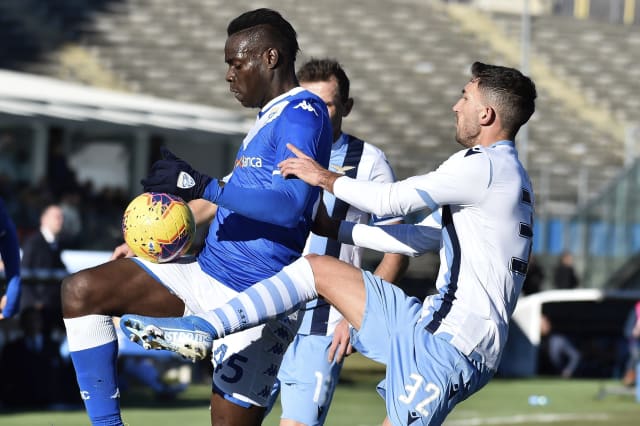 Mario Balotelli criticised Lazio fans after offensive chants towards the former Brescia striker caused play to be briefly stopped in the Serie A clash.

Balotelli gave his side the lead against Lazio but the game was held up while an announcement was made to fans that reportedly warned against further discriminatory chanting.

And after the 2-1 defeat, Balotelli posted on Instagram: “It’s a loss that hurt but we will come back stronger and we are on the right way! Lazio fans that were today at the stadium SHAME ON YOU! #saynotoracism”.

He scored from the spot after Andrea Cistana saw red to equalise before half-time and then scored the winner in the first minute of added time.

Elsewhere in Serie A, Genoa secured a first league win since October as Goran Pandev’s late winner saw off Sassuolo 2-1.

Domenico Criscito’s 29th-minute penalty was cancelled out by Pedro Obiang.

But Pandev earned a rare home win for his relegation-battling team when his initial effort was saved but the ball bounced back off the forward’s face and found the back of the net.

Giampaolo Pazzini opened the scoring in the 14th minute before the relegation battlers had Nenad Tomovic sent off in the 38th minute.

The hosts eventually made the most of their numerical advantage when Mariusz Stepinski struck with five minutes left.