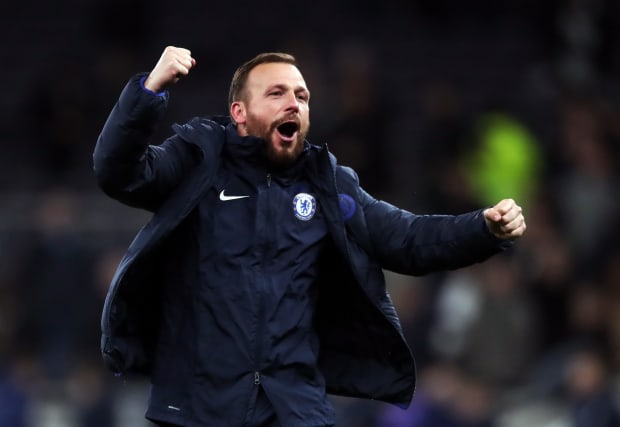 Jody Morris has warned Chelsea’s youngsters they face a tougher job to build lengthy Blues careers than to break through at Stamford Bridge.

Chelsea boss Frank Lampard has placed his trust in youth since taking over in July, with a clutch of homegrown players given opportunities.

Morris remains Chelsea’s youngest Premier League debutant, making his top-flight bow for the club aged 17 years and 43 days back in 1996 before racking up 173 appearances.

The 41-year-old knows all about making the Chelsea grade, and has been at pains to help the Blues’ new breed tackle the challenges ahead.

“The young players in and around the squad now, they need to keep performing,” said Morris.

“The easiest time maybe to perform in the first team is when people don’t give you as much respect as they have now earned.

“So now the tough part comes when you’re performing, and people expect big things of you and you’ve got to do it week in, week out.”

Morris and Joe Edwards have stepped up from coaching in Chelsea’s academy to assist Lampard in the new managerial team.

And Morris admitted having high hopes that Chelsea can now build a lasting legacy of promoting its brightest talents into the first team.

“I think there’s a whole host of us that have taken a little bit of personal pride in them coming through,” said Morris.

“You have your own individual relationships with players, but having known them for six, seven years, to see how well they are doing is great.

“But you do get to the point where that initial moment, I remember thinking after the Norwich game, and the first few games of the season, that a lot of the goalscorers and the people performing really well were the academy boys; that was great and there was a lovely initial feeling about it.

“But now you are beyond that and they fully deserve to be in and around the squad. They deserve to be playing and they’ve performed at levels that have justified that.

“There is massive pride among some of the people who have worked with them at the academy. It’s been a fantastic decade for the academy, but it doesn’t stop there.

“You’re now looking at when the next ones will be coming through.”