Vallejo to return to Real Madrid 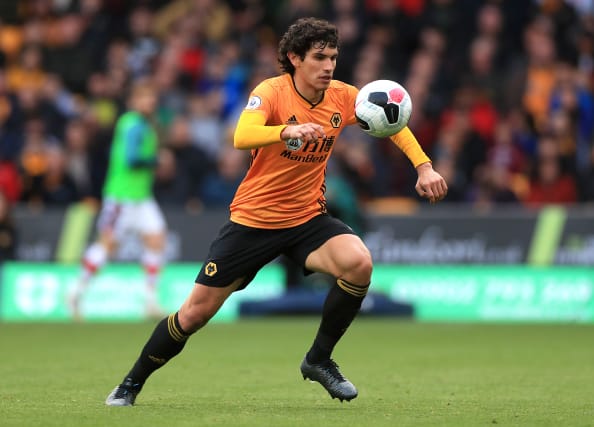 Jesus Vallejo will return to Real Madrid this month with Wolves due to cut short his loan.

The defender has played just seven times this season and boss Nuno Espirito Santo has confirmed he will leave Molineux.

Vallejo has not featured since October and Nuno admitted it is time both parties cut their losses.

He said: “Jesus is probably going because he wants to play, he is a young and talented player we brought with high expectations but it didn’t work out.

“It’s time for him to find a club he can play at and keep progressing, the talent is there.

“You have to understand when things don’t work out you have to look at yourself as a staff, how can you make things work for the best?

“It’s you, the player, the club, all these things. It’s reality, he had moments he played, moments he performed well and some not so well. That’s the case of Vallejo, clearly it didn’t work out.”

It means Wolves, who host Manchester United in the FA Cup third round on Saturday, will be in the market for a defender this month.

Nuno added: “There are several ways for you to improve – you have to find new solutions, that’s what we’re trying to do, and sometimes just to try things that can give you different characteristics to the team.

“This is what we’re going to do – bring players that can give us different things to the team that will allow us to keep on growing and improving.”

Wolves knocked United out of the Cup in the quarter-finals at Molineux last season before losing to Watford in the last four at Wembley.

Nuno added: “It’s new game, new things will happen and we know it’s going to be tough. They are a fantastic team.

“We start a new one tomorrow, it’s a competition we want to compete in and play.

“We always want more but we’re starting tomorrow against a very difficult opponent.”

Diogo Jota is out with a thigh problem and Willy Boly (ankle), Morgan Gibbs-White (back) and Bruno Jordao (ankle) are sidelined.