Olivier Giroud will only leave if it ‘benefits’ Chelsea 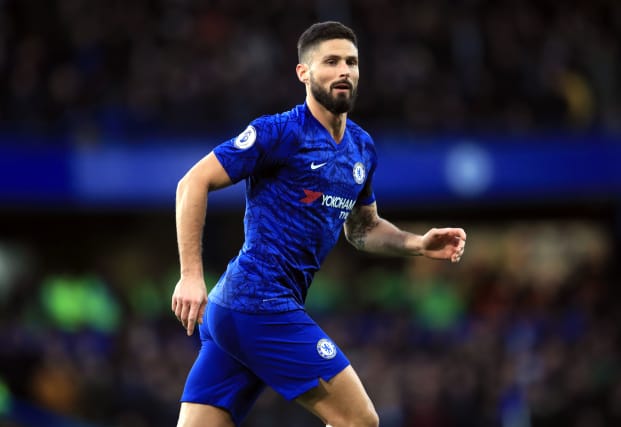 Olivier Giroud will only leave Chelsea this month “for the benefit of the club”, Jody Morris has insisted.

Giroud has already admitted he may have to seek a move for more regular football, but Morris suggested Chelsea can ill afford to lose players without suitable replacements.

When asked if Chelsea could understand Giroud seeking a Stamford Bridge exit, Morris said: “Well, he still plays for Chelsea.

“It’s got to be for the benefit of the club. We can’t just let people walk out the door if that means we’re left short somewhere.

“Yes, you have to look at the individual as well, but I’ve got to say Giroud’s been nothing but a class act and a top professional since he’s been here, so I don’t envisage any issues from him on that front.”

Chelsea are eyeing a left-back and a striker in the January window, now that the club’s FIFA transfer ban has been lifted after an appeal to the Court of Arbitration for Sport.

Morris insisted Chelsea will not recruit this month simply for the sake of it.

“I think there’s maybe a couple of areas you’d be looking at,” said Morris. “It will all depend on what the movements are from within the club as well.

“I’m not as privy to those conversations as the manager is, but I’m sure there will be work going on behind the scenes.

“There’s no point bringing anyone in who wouldn’t improve us. Everybody’s valuable. We’ve had to bat on without being able to bring in any players.

Morris stepped in at short notice for Chelsea’s press conference on Friday, with boss Frank Lampard suffering from a bug.

Several Chelsea players have also suffered from the same bug, with Fikayo Tomori a doubt for the Forest encounter.

“Frank’s had a bit of a bug, he’s had it for about a week to 10 days to be fair, and the older you get it’s harder to shake,” said Morris. “He’ll be all right for the game on Sunday.

“Fik (Tomori) trained today but he’s still not feeling the best. He’s got a bit of a bug himself too.

“There’s been a bit of it flying about anyway, so I’m hoping it isn’t going to get any worse than it was.”