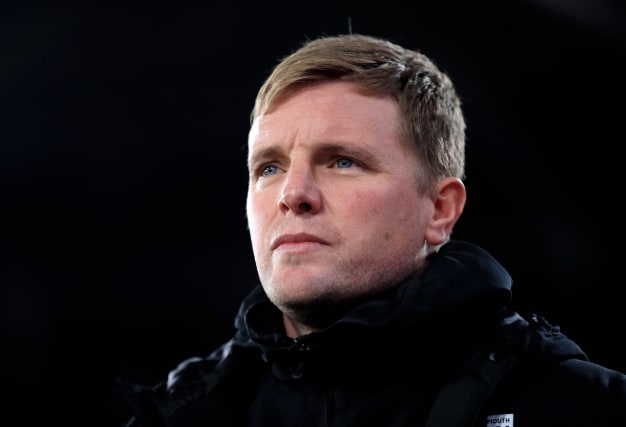 The struggling Cherries have plummeted into the relegation zone having taken just four points from their last 10 league games during an alarming slump.

Howe on Friday marked 11 years since his first game as manager when the Cherries were languishing at the wrong end of League Two and in danger of going out of business having been deducted 17 points for entering administration.

He eventually guided the club to safety and later won three promotions over two spells to reach the top flight.

Ahead of Saturday’s FA Cup third round tie at home to Luton, the 42-year-old feels emulating the mood of the memorable 2008-09 campaign can help ease his team’s current plight.

“That first season prepared me in so many good ways for what will come after,” Howe, who began with a 2-1 loss at Darlington, told a press conference.

“For me, the ultimate pressure because the fate of the football club hanged in the balance.

“Can we use that now? Of course we can.

“We can use the things that got us out of that position – the spirit, the togetherness, the fighting for one common goal, all of those things. That doesn’t change, regardless of the level you’re playing at.”

Howe is the longest serving manager in the Premier League having returned to Bournemouth from Burnley in October 2012.

His position has come under increased scrutiny during the torrid recent run of form.

The Cherries were thumped 4-0 at fellow strugglers West Ham on New Year’s Day to slip into the bottom three for the first time this season.

Howe remains upbeat and has urged his players to block out negativity and maintain perspective as they seek a swift upturn in fortunes.

“And I think as long as you recognise that yourself then I think you’ll be fine and you’ll be level enough to carry on.”

Bournemouth’s predicament has not been helped by a series of injury problems.