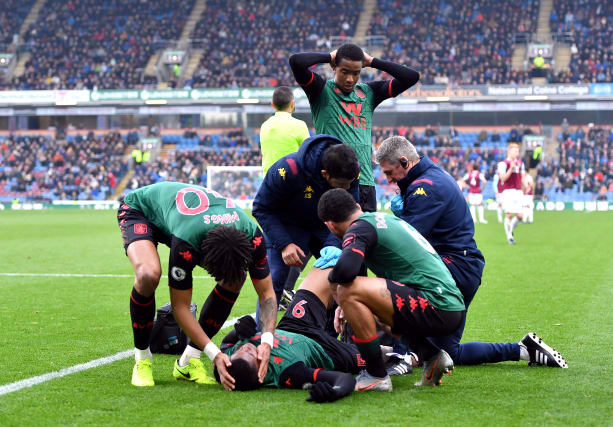 Dean Smith will hold urgent transfer talks with Aston Villa chief executive Christian Purslow after Tom Heaton and Wesley were ruled out for the season.

Villa boss Smith will sit down with Purslow and sporting director Jesus Garcia Pitarch on Friday to discuss their next moves in the January window.

“We’ve got business planned, that’ll continue. I’m sitting down tonight with Christian and Jesus to see what this changes for us,” said Smith, ahead of Saturday’s FA Cup third-round trip to Fulham.

“It’ll hasten what we do in the market. The recruitment side won’t change from what we were looking at before.

“They’re out for the rest of the season and it’s all I need to know so I can start planning.

“We’re in January now so recruitment comes to the forefront of everyone’s mind anyway but me knowing I don’t have them for the rest of the season I can plan.”

Heaton and £22million record buy Wesley had scans on Thursday and Villa’s worst fears were realised following the win at Turf Moor.

The injuries have hit their Premier League survival hopes, with the club 17th in the table, although Villa have Orjan Nyland and Lovre Kalinic as back-up goalkeepers and are expected to recall Matija Sarkic from Livingstone.

Smith said: “Tom was a player I wanted to bring in, a Premier League player, an England goalkeeper, a great character, a leader and he has proven that in the dressing room. He was nailed on to go to the Euros in the summer.

“There was an awful lot of pressure on Wesley’s shoulders, he has made his debut for Brazil this season, was playing well, scored a good goal and unfortunately is now out as well.

“They are two key players who I feel very sorry for. We’ve had five games in 16 days and another seven to come in January.

“We can’t feel sorry for ourselves, we have to deal with it, help the players in their recovery and go and recruit wisely.”

Meanwhile, Smith warned any suitors off Jack Grealish this month.

The skipper, who has scored eight goals in all competitions this season, has been linked with Manchester United.

“He’s a big target for many teams. Our owners are very ambitious in establishing us as a top Premier League club, to do that you need to keep your best players,” said Smith.

“People can keep looking but they can’t touch. We want to keep our best players and he’s showing he’s one of the best in the Premier League.”