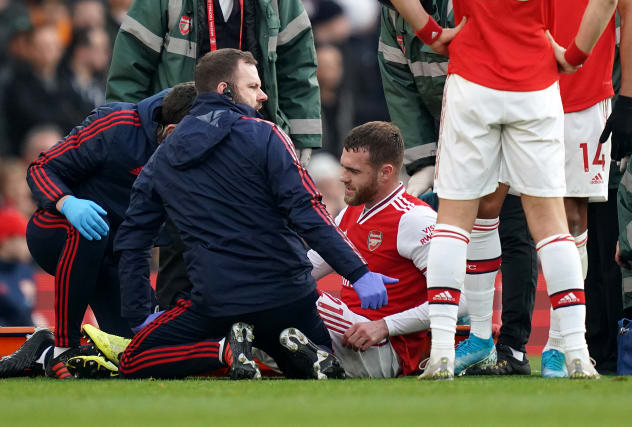 Arsenal defender Calum Chambers is “determined to come back stronger” after receiving the news that a serious knee injury has ended his season.

The 24-year-old ruptured the anterior cruciate ligament in his left knee during the Gunners’ 2-1 home defeat to Chelsea last weekend.

Chambers underwent surgery on Thursday and he is expected to be sidelined for between six to nine months.

He posted on Twitter: “Devastated to end 2019 like this! If there’s one message I’d like to get across it’s that I’m DETERMINED to come back stronger than I’ve ever been before!

“I would like to say a massive thank you for all the messages and support I’ve been given over the last couple of days!”

Chambers had been enjoying an extended run in the first team this season, playing 18 times under Unai Emery, Freddie Ljungberg and new head coach Mikel Arteta.

His absence is likely to see Arteta attempt to bring in defensive cover during the January transfer window.