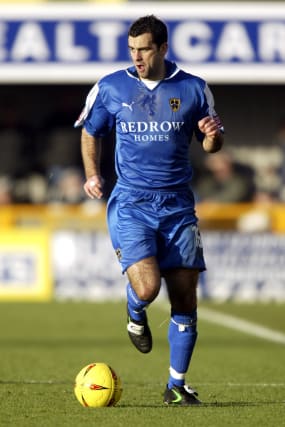 “It is with great sadness that we learn of the untimely and tragic passing at the age of 39 of Chris Barker,” agency World In Motion tweeted.

“Chris was a client throughout his outstanding playing career of over 500 League games for clubs including Barnsley, Cardiff City, Queens Park Rangers and Plymouth Argyle.

“Moreover, Chris was a wonderful person, an absolute gentleman and a pleasure to work for.”

Barker made 180 appearances for Cardiff during a five-year spell after joining from Barnsley in 2002.

He also had spells at Stoke, Colchester, QPR, Plymouth, Southend and Aldershot.

Tributes have also come from Barker’s former team-mates, with Brighton defender Adam Webster tweeting: “RIP Chris Barker. A former team mate of mine and someone who helped me grow up on and off the pitch @OfficialShots thoughts and prayers go out to his family. RIP barks.”

A South Wales Police statement read: “Police can confirm the sudden death of a 39 year-old man who was discovered at his home address in the Cyncoed area of Cardiff at approximately 2pm on New Year’s Day.

“His death is not being treated as suspicious and the Coroner has been informed.”