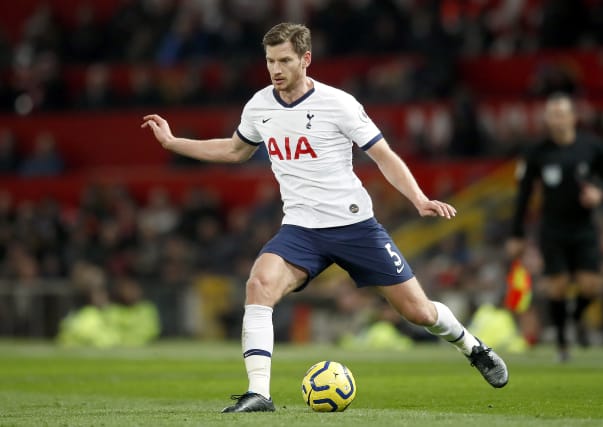 Doubts about Jan Vertonghen‘s future at Tottenham could be borne out in the January transfer window, with Napoli and Ajax keen to sign the veteran centre-back, the Daily Telegraph reports. Both clubs want to tempt Spurs into selling the 32-year-old before he can leave on a free transfer in the summer.

Aston Villa and Marseille are considering trying to bring in former Liverpool and England striker Daniel Sturridge, according to the Daily Mail. The 30-year-old had a stuttering start to his time at Turkish club Trabzonspor due to Achilles and calf injuries but has been in strong form since regaining fitness, scoring four goals.

Inter Milan have joined the hunt for Christian Eriksen, according to the Daily Mail. Manchester United, Paris St Germain and Juventus are all said to be interested in the Tottenham midfield star. Inter are, however, hoping to wait to acquire him on a free transfer next summer, rather than buying him for an expected steep transfer fee in January.

Real Madrid have made contact with Sadio Mane‘s representatives, according to French website le10sport.com. Given the expected imminent departures of Gareth Bale and James Rodriguez, Real are after a new world-class striker to partner Karim Benzema. The report said it was rumoured Real manager Zinedine Zidane had already spoken with Mane, ahead of a possible attempt to lure him to Spain next summer.

Tottenham and Manchester United are keen to sign Lille midfielder Boubakary Soumare in January but face stiff competition, according to L’Equipe. The French club have already received six bids for the 20-year-old defensive midfielder, who is valued at £50million, after a £35million bid from Wolves was knocked back last summer. Lille are apparently open to selling Soumare in January but may ask to have him back on loan until the end of the season.

Moise Kean: The 19-year-old Italy striker is attracting interest but Everton say they have no intention of selling him, according to La Repubblica.

Nathan Ferguson: West Brom are likely to be forced to sell the promising 19-year-old, with Tottenham and Crystal Palace leading the chase, according to the Daily Mirror.