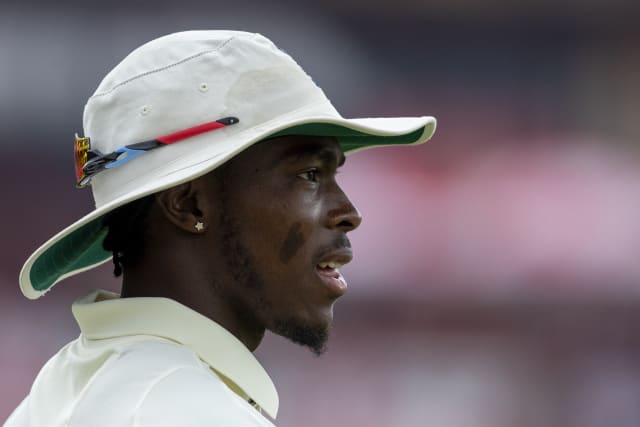 Archer has been suffering with soreness since taking six wickets in the series opener and was restricted to a handful of gentle deliveries in training on Wednesday.

England would have wanted him to play a full part in nets on the eve of the game if he was to take the field at Newlands but captain Joe Root did not appear optimistic.

“We are still waiting to hear back results-wise from his scan, then we will play it by ear. It was obviously quite disappointing to see him pull up like that,” he said.

“Of course he will be a big loss if he is not able to play but it will also be an opportunity for someone else. I think it’s a recurring injury, something that he has had before.

“He had a little trundle after our fielding practice and seemed to be in a little bit of pain. He pulled up very sore.”

England would be loath to go into the match without their quickest bowler, particularly with Mark Wood also unavailable, but are also mindful not to push their breakthrough star of 2019 to the limit.

Root added: “That is something you want to manage in a young talent like Jofra, making sure that we don’t blow him out for six months and make sure we get the most out of him for as long as we can.

“You look at his short career and he has had big impacts on a lot of moments in big Test matches.”