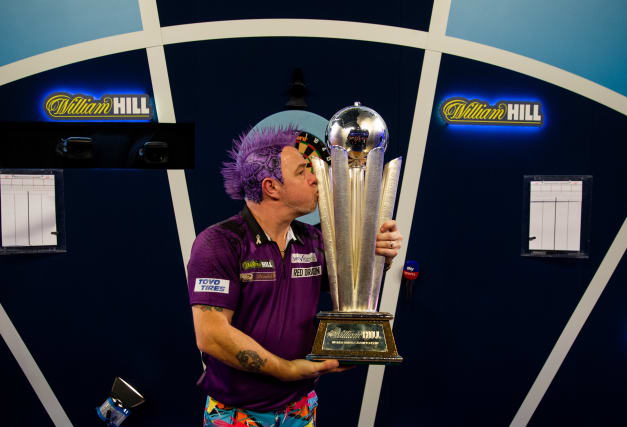 It was a repeat of the 2014 final – which Van Gerwen won 7-4 for his first world crown – but the Scot came out on top, sparking emotional celebrations on the oche.

Here, the PA news agency looks at some of the major talking points from the last three weeks of darts action.

Fallon Sherrock stole the headlines on December 17 when she became the first woman to win a match at the PDC World Championship with a 3-2 triumph against Ted Evetts in the first round. Sherrock was the talk of the tournament and her victory meant a second-round meeting with Austrian Mensur Suljovic four days later. The 2015 BDO World Championship runner-up stepped up once again in front of a partisan Alexandra Palace crowd to dispatch the 11th seed in a 3-1 success to ensure she remained in the tournament at Christmas. The 25-year-old fell at the third-round stage to 22nd seed Chris Dobey, losing 4-2, but a star was born and Sherrock’s performances earned her a place as a ‘challenger’ in the second week of this year’s Premier League as a result.

The British Darts Organisation has struggled to compete with their Professional Darts Corporation counterparts on all fronts in recent years after allowing their players to try and earn their card at the more luxurious PDC Q School. This has seen three-time BDO Champion Glen Durrant move across with a host of other leading players, but the BDO is also struggling financially. Ahead of the 2020 BDO World Championship, which begins on Saturday, it is reported that only 15 per cent of tickets have been sold, which as a result has seen prize money slashed. The venue change from Frimley Green to the Indigo O2 has not inspired fans and leading star Sherrock has withdrawn. The future looks bleak for the BDO.

Wright and former rugby league player Gerwyn Price went toe-to-toe in their semi-final on Monday evening during a pulsating match. The eventual champion was unimpressed with what he saw as over-exuberant celebrations from Price, and the pair did not shake hands at the end of the match. There had been some comments from Price ahead of the last-four clash which added extra needle to the contest, with Wright tapping the Welshman on the arm and exchanging words when he took the opening set. ‘The Iceman’ burst into wild celebrations after levelling the match at 1-1 but Wright prevailed to seal a place in the final after a 6-3 win. The pair have since apologised to each other and moved on from the incident.

‘Snakebite’ had a torrid record against the three-time world champion Van Gerwen when competing in event finals, losing his last six prior to Wednesday’s showpiece finale. But Wright timed his charge to avenge his terrible run and his 2014 final defeat to perfection with some nerveless finishing as he roared to his first world title. The question begs for Van Gerwen, who has been dominant in for sport for so long but has yet to successfully defend a world crown: can he win the Sid Waddell trophy in back-to-back years?

Changing of the guard

Raymond Van Barneveld’s glittering career came to an end with a first-round defeat to American Darin Young. The 52-year-old, who won four BDO world titles and the 2007 PDC World Championship in an epic final against Phil Taylor, bid an emotional farewell to the sport but it was not all gloom as some new stars shone at Alexandra Palace. Nathan Aspinall secured back-to-back world semi-final appearances and pushed Van Gerwen all the way in the last four. Reigning three-time BDO champion Durrant reached the quarter-finals in his first PDC World Championship, with former PDC World Youth champions Luke Humphries and Dimitri Van Den Burgh also reaching the last eight.