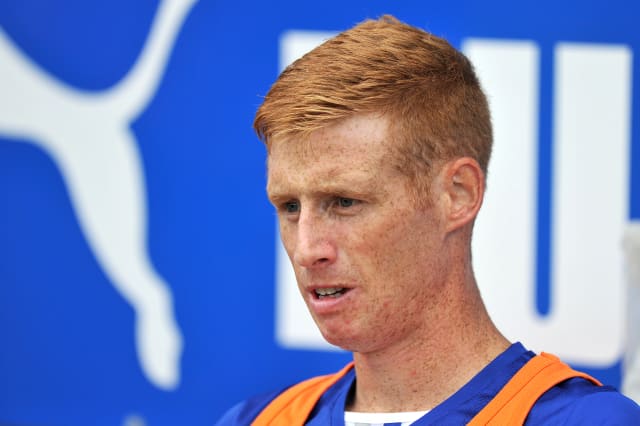 Swindon held on to top spot in Sky Bet League Two as they brought Plymouth’s three-match winning streak to an end with a 2-1 victory.

The Pilgrims took the lead via Dom Telford, but a swift response from Diallang Jaiyesimi and a second-half strike from Eoin Doyle secured three points for Richie Wellens’ side.

The Grecians were reduced to 10 men as Atangana was later shown a red card, with Jonny Maxted protecting the visitor’s lead when saving a second-half spot-kick.

Crewe’s Daniel Powell produced a double for the second time in two matches to steer his side to a 4-1 victory over Carlisle.

Jack Iredale claimed one back in the 56th minute but the gap proved too wide for the Cumbrians to close.

A hat-trick from Nicky Maynard secured a first success for Mansfield since Graham Coughlan was appointed as manager.

Cambridge took an early lead after a header from Harvey Knibbs but Maynard scored his first before the break to pull the Stags level.

Greg Taylor responded after the interval but Maynard then hit back twice to seal the 3-2 victory, with Reggie Lambe seeing red for United.

Abo Eisa scored his seventh goal of the season as Scunthorpe resumed winning ways with a 2-0 victory over Oldham.

Eisa’s 35th-minute strike was matched by Matty Lund in the late stages of the second half, with Dino Maamria’s Oldham failing to mount a challenge.

Bradford are unbeaten in seven games after defeating Morecambe 1-0.

Aramide Oteh scored the only goal of the match in the 80th minute after coming on in the second half.

Leyton Orient were defeated 1-0 by 10-man Walsall, who had Cameron Pring sent off for two yellow cards.

Josh Gordon’s first-half strike helped the Saddlers’ secure what was only their third home league victory of the season.

David Worrall handed the Valiants a first-half lead before the visitors netted two in quick succession after the break.

David Amoo responded in the 62nd minute for Vale, leaving both sides to take a point apiece.

Ben Tozer’s late equaliser saved Cheltenham from defeat as they drew 1-1 at Newport.

Tristan Abrahams scored in the opening moments of the second half but his strike was cancelled out by Tozer’s 86th-minute effort.

Anthony Limbrick’s final fixture as interim manager of Grimsby was a success, with the Mariners defeating Salford 1-0 at Blundell Park.

After 83 minutes without a goal, it was striker Ahkeem Rose who came off the bench to provide the winning strike, with incoming boss Ian Holloway watching on.

Colchester and Crawley drew 1-1 at the JobServe Community Stadium.

Frank Nouble netted in the 64th minute for the hosts, only for Luke Prosser to hand Crawley an equaliser via an own goal when under pressure from Ollie Palmer.