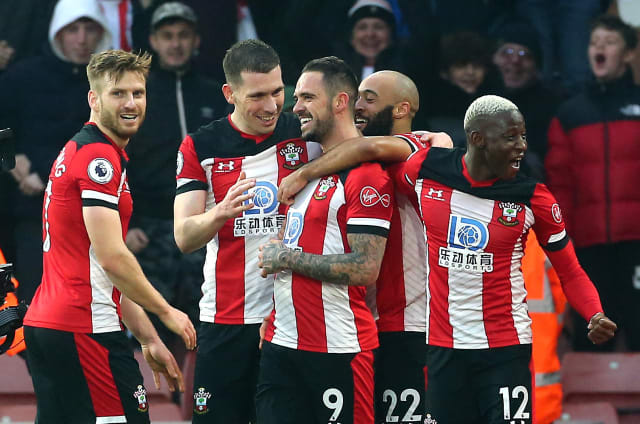 Danny Ings continued his golden run of form as Southampton enjoyed a 1-0 victory against Tottenham, whose miserable afternoon was made worse by an injury to Harry Kane.

Ings bagged his ninth goal in 10 games and his 15th of the season to move his side further away from danger at the bottom of the Premier League table on New Year's Day.

It could barely have been a worse start to 2020 for Jose Mourinho's men, who lost another opportunity to close the gap on the top four and saw Kane limp off with a hamstring injury which could rule him out for a number of weeks.

A third league defeat of Mourinho's reign leaves them six points adrift of Chelsea in fourth place and after an initial surge under the Portuguese, Spurs are back to playing the standard of football which cost Mauricio Pochettino his job.

Life is looking a bit brighter for the Saints and they celebrated a fifth Premier League win in eight games.

It might have been a different story had Alex McCarthy not produced a fine save to deny England team-mate Kane inside the opening 10 minutes.

Kane found space on the edge of the box and his deflected effort was heading towards the top corner until McCarthy brilliantly clawed it away.

But Spurs again struggled to defend and Southampton fired a warning shot when Nathan Redmond's shot was spilled by Paulo Gazzaniga.

The chances were always going to carry on coming for the hosts and in the 17th minute one fell to the man they wanted it to and Ings made no mistake.

The striker was found in acres of space by Jack Stephens' through ball and he made a fool of Toby Alderweireld by hooking the ball over his head and then converting into the bottom corner.

It was a fine finish, but Mourinho will surely wonder how he was allowed so much space.

Alderweireld went some way to making up for his poor defending with a fine block to deny Redmond from close range as Spurs were up against it.

Redmond spurned another chance within a minute of the restart as he fired over from Cedric Soares' cross as the hosts created opportunities at ease.

It was a grim display from Tottenham and their afternoon hit a nadir in the 73rd minute.

Spurs had barely threatened an equaliser but had the ball in the back of the net when Kane converted from Christian Eriksen's free-kick.

However, not only was Kane ruled offside he also suffered an injury to his left hamstring and he followed record signing Tanguy Ndombele in limping off the pitch.

Spurs pushed for an equaliser but did not have the quality to force McCarthy into a save and fell to a depressing seventh defeat of the season, with Mourinho also receiving a yellow card after he appeared to try to spy on some notes in the Southampton technical area.