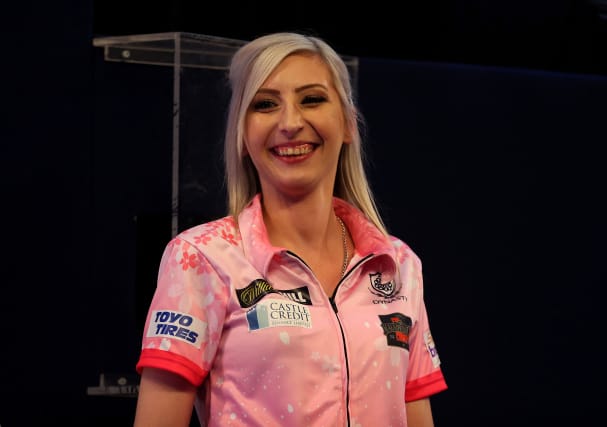 Fallon Sherrock has been confirmed as one of the nine “challengers” who will feature in the 2020 Premier League.

The 25-year-old made history by becoming the first woman to win a match at the PDC World Championship, before then beating number 11 seed Mensur Suljovic on her way to the third round.

She has been rewarded for her performances at Alexandra Palace with a spot on the second night of the Premier League in Nottingham on February 13.

Sherrock took to Twitter to reveal her delight at the news, saying: “Wow, wow wow. It just gets better and better.

“I can’t wait to make an appearance in the Premier League.”

One of the nine “challengers” will appear on the bill in each week of the competition, which begins on February 6 in Aberdeen and concludes at London’s O2 on May 21.

Points won by the challengers will not count towards the league table, but they will receive financial rewards for winning or drawing matches.

John Henderson has been confirmed as the “challenger” on the opening night in Aberdeen, with PDC chairman Barry Hearn saying he will reveal the other seven in the coming days.

They join nine stars who will compete in the regular league, where the top four players in the PDC Order of Merit qualified automatically and are joined by five wildcards.