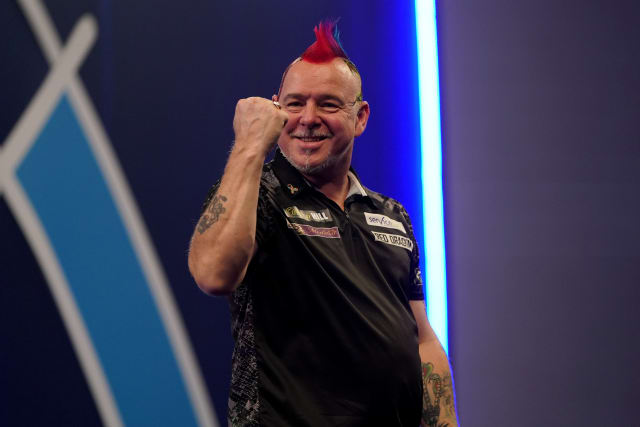 Peter Wright will aim to move on from a feisty semi-final against Gerwyn Price and take his game to another level against Michael Van Gerwen in a bid to to win the PDC World Championship title.

Both men have apologised for their behaviour as veteran Wright saw off Price 6-3 in an ill-tempered clash at Alexandra Palace on Monday night.

Price had added extra needle to the contest with his pre-match predictions – which saw a reaction from ‘Snakebite’ after he claimed the opening set.

The Scot was then left unimpressed with what he felt were over-exuberant celebrations from the third-seeded Welshman later in the contest, and the pair did not shake hands at the end of the match.

Afterwards, ‘The Iceman’ – who did not speak to the media – took to Twitter during the early hours of Tuesday morning to say it was his rival who had been “out of order”.

However, following some time for reflection, former rugby player Price posted a fresh statement on social media hoping to put the incident behind him.

Wright, meanwhile, also apologised directly to Price for his part in the fall-out, after a message from the Welshman had been passed on via Wright’s wife, Joanne.

Scotland’s Wright was beaten by Van Gerwen in the 2014 World Championship final, one of some 59 defeats to the Dutchman.

Wright has failed to get the better of Van Gerwen when they faced off for major honours, and lost again after being edged out 11-10 in the 2019 Champions League final in October.

The 49-year-old, though, feels this time things can be very different as he looks to secure the sport’s top prize on New Year’s Day – having changed his darts in the run-up to Alexandra Palace.

“I want to play the best player in the world, the number one, the guy who wins all the titles – or the titles I have given him,” Wright said to Sky Sports News.

“But he will be playing a different Wrighty tomorrow, and this Wrighty will be up for MvG.”

“But this time, I think I am ready; I know I am ready. I have learned a lot in all of those years, have matured more.

“I have learned from mistakes – and MvG will be playing a new Wrighty, not the old Wrighty… it is my time, that is why I am here.”

The Dutchman feels he still he can still step up another gear, having seen off Nathan Aspinall 6-3 in Monday night’s second semi-final.

“Most of the time when he (Wright) plays me, he sort of blows it up, misses darts at doubles. That is a good thing for myself,” Van Gerwen said.

“Until the semi-final, I had a higher tournament average than he did, and everyone is saying he is playing quite well, so that must say what my standard is.

Van Gerwen added at a press conference: “He has to do better if he wants to beat me, he knows that.

“Against me, he is not allowed to miss those doubles, so we will see what is going to happen and I need to make sure I play a bit better than him.”