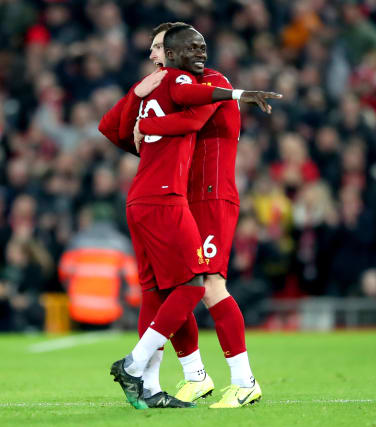 Liverpool will end 2019 with a 13-point lead at the top of the Premier League after following up their 4-0 Boxing Day win over second-placed Leicester with a 1-0 victory over Wolves.

Nicola Katic’s second-half header gave Rangers their first win at Celtic in almost a decade to enable his side moved to within two points of the reigning Ladbrokes Premiership champions going into the winter break, with a game in hand.

West Ham are looking for a new manager following the sacking of Manuel Pellegrini shortly after Saturday’s home defeat by Leicester.

Elsewhere, England’s cricketers fell to a 107-run defeat in the first Test against South Africa in Centurion, where not even Ben Stokes, fresh from being awarded an OBE in the New Year Honours list, could find it in himself to defy cricketing logic one more time.

Andy Murray will miss the Australian Open after failing to recover in time from an injury picked up at the Davis Cup finals last month, while Fallon Sherrock’s history-making run in the PDC World Darts Championship came to an end at the last-16 stage.