Seven Scots who conquered the world in the 2010s 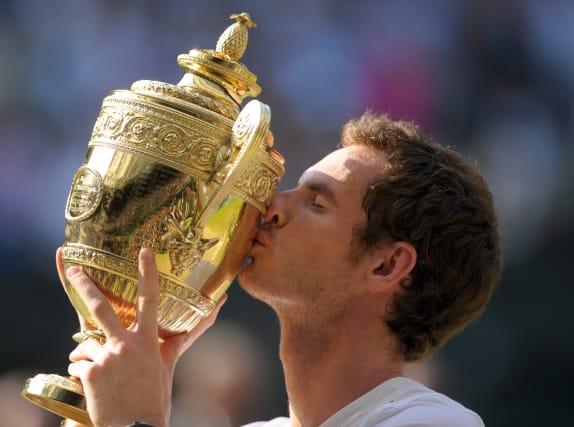 The last decade has been a golden period for Scottish sport, with the nation’s athletes proving more than a match for the global elite.

Here PA takes a look at seven Scots who have reached the top over the last 10 years.

After losing his first four Grand Slam finals there were fears the Dunblane player would be cast as the nearly man of tennis but he is now arguably Scotland’s greatest ever sportsman. Murray became the first British man since 1936 to claim a major tennis honour with his 2012 US Open title but it is his achievement in twice reaching the holy grail of Wimbledon champion – first in 2013 and then again three years later – that stands out. On top of that, the 32-year-old former world number one secured Olympic gold in both 2012 and 2016 and also spearheaded Great Britain’s Davis Cup-winning efforts in 2015.

The Milnathort athlete is a woman in a hurry. Since winning her first major honours with her double 1500m and 3,000m gold medal wins at the 2017 European Indoor Championships, Muir has been striving for more. She triumphed over the shorter of those distances at the outdoor Euros the following year, having taken silver at the World Championships in Birmingham a few months before. Twice a Diamond League champion, the 26-year-old qualified vet will not be satisfied until she is seen as the top dog on the world stage.

The former Queen’s Park defender started the decade sending tweets complaining about being short on cash and needing a job – by the end he was celebrating becoming both a European and world champion. After being dumped by Celtic as a teenager, Robertson was forced to start his long climb to the top with the amateurs of Hampden. But from there his career only went one way as he progressed from Dundee United to Hull and then finally to Liverpool. Having won the Champions League and World Club Cup with Jurgen Klopp’s team, the Scotland captain will be looking to start the 2020s by helping the Anfield side to their first Premier League title in 30 years.

The Prestonpans puncher turned professional in 2015, a year after claiming gold at the Commonwealth Games, and he wasted little time chasing even bigger prizes. Fast-tracked by promoter Barry McGuigan, Taylor won his first world crown after just 15 fights as he beat unbeaten Belarussian Ivan Baranchyk for the IBF super lightweight strap. That points victory saw him qualify for the final of the World Boxing Super Series, where he edged a thrilling slug-fest with American Regis Prograis to add the WBA and Ring Magazine belts to his collection.

The 49-year-old inherited the ‘Flying Scotsman’ nickname from Jocky Wilson in 2009 and it was not long before he was soaring high himself. The Musselburgh player won back-to-back PDC World Championships in 2015 and 2016 having also twice finished runner-up at the Alexandra Palace. Two Premier League titles – the first in 2011, the second four years later – underlined his elite status on the oche.

The Edinburgh track cyclist’s status as a Scottish sporting great was already well established by the time he won his 10th global title with gold in the Keirin at the 2010 World Championships. But he would further enshrine his legacy with two more Olympic titles at the 2012 London games. That double win increased his tally to six overall and bestowed on him the title of Scotland’s most successful ever Olympian. There was time for one final World Championship triumph before he announced his retirement from the saddle in 2013.

Mr Nice Guy outside of the ring but the Coatbridge fighter’s battling qualities saw him become the first Scottish boxer to lift world titles at three different weights. He won his first belt, the WBO super-featherweight strap, against Roman Martinez in 2010 and made eight successful defences before being out-pointed by American superstar Terrance Crawford. But he recovered from that setback to win the vacant WBO lightweight crown against Josh King in 2015, moving up to super lightweight a year later to stop Italian Michele Di Rocco for the vacant WBA title.