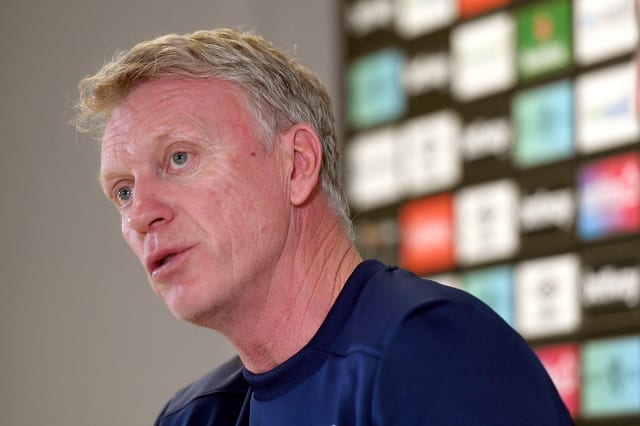 David Moyes will repeat his hardline approach at West Ham after admitting he has a sense of deja vu.

Moyes has agreed an 18-month deal to return as Hammers manager, 18 months after owners David Sullivan and David Gold showed him the door despite the Scotsman saving them from relegation.

Sullivan and Gold turned to Manuel Pellegrini instead but, after a run of nine wins in 12 matches and with West Ham in trouble again, the Chilean was sacked and Moyes got the call.

With echoes of the situation Moyes inherited from Slaven Bilic in November 2017, the former Manchester United boss admits that instilling  discipline in his expensively-assembled squad will one of his first priorities.

“I’ve come in today and it feels a bit like deja vu,” Moyes admitted.

“I actually thought that I had got rid of some of those things and we’d got to a bit where – there was quite a bit of non-negotiable ‘you’re doing the work’.

“But I feel I might have to go back to the start and say ‘we’re back to here’, and I’d have liked to have come in with a new message.

“Discipline, I’d have said, was probably one of the biggest jobs I had when I came in last time. I had to make sure there was zero tolerance.

“There can only be certain limits with what you can do but it looks like I am going back to that level and saying ‘this is how it is going to be’.

“You either get on board or you don’t, because I haven’t got enough time and enough games so if one or two of you don’t like it then sorry, let me know.”

Moyes, who led the Hammers to a 13th-placed finish in his seven months in charge, vowed to give the owners “no choice” but to renew his contract this time.

“Do I feel I have unfinished business? I certainly do,” added Moyes.

“I really, really enjoyed my time here last time. I felt that, by the end of my time, we had turned things around and had gone in a positive direction with the players, and I think the players would say that as well.

“They really enjoyed the end of the time here. Obviously I would have liked to have developed that and worked from there but it didn’t quite happen.

“Do I feel I was treated badly? No, I don’t because things were done correctly in as much as I wasn’t taken on, and I was told that.

“I have another chance to go again and I think that says a lot about the owners that they thought the job I did do with my staff was good enough to give me another opportunity.

“This time I am going to make sure there is no choice that they will always want to renew in the future.”