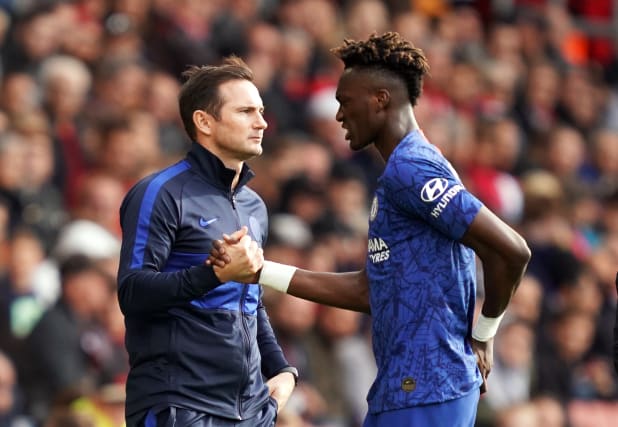 Abraham shrugged off missing two fine chances before slotting a breathless winner as Chelsea downed Arsenal 2-1 at the Emirates Stadium on Sunday.

Abraham’s winner at Arsenal was his first strike against one of the league’s so-called ‘big six’ clubs, and Lampard believes breaking that duck will push the young striker to new heights.

Asked about Abraham’s first goal against one of the league’s big guns, Lampard said: “Hopefully it will help him. His numbers are great and getting better.

“At Tottenham last week he showed everything we want to see out of him other than the goals.

“People will always look at ‘have you scored against the big six’, I get that from the outside. But I have no doubt that he will do, and that as he develops he’ll do that more and more.”

Abraham’s link play and hard graft have proved as much of a feature as his goals in a stunning first half of the Premier League campaign.

And Chelsea boss Lampard believes it is his sheer hunger for goals that makes him so dangerous in the box at the very top level.

“That’s the beauty of Tammy, he will never hide or shirk trying to get in there again,” said Lampard.

“He’s constantly wanting to get into the box and be hungry.

“That sounds like that should be the norm, but it’s important for a young striker.

“For the first chance he doesn’t get the shot away quick enough for me and David (Luiz) blocks it.

“But to get in there in the first place is important, and then also to have a second where he swivelled and shot, it’s a great bit of skill.”