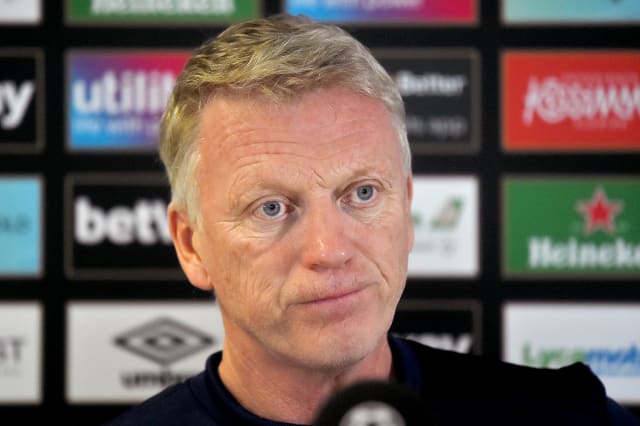 David Moyes vowed to ensure West Ham will not get rid of him a second time as he set about beginning his “unfinished business” at the club.

Yet after a run of nine defeats in 12 matches, and with West Ham once again in relegation trouble, they have been forced to go back, cap in hand, to the man who saved them from the drop two seasons ago.

However, Moyes insisted it was not a case of the owners eating humble pie when they called him immediately after the 2-1 defeat by Leicester.

“No, but what I would say is it showed quite a lot of class from the owners,” he said.

“I think at times they can be misconceived. I’ve got to say David Gold and David Sullivan were excellent.

“It was very simple when they called me and asked me if I wanted to come back. I said I can’t wait.

“When that happened it was very quick. We didn’t talk about the past. We just talked about the team now and what we are going to have to do, the position we’re in, and it all went very well.”

But, despite a promising end to the season, Sullivan and Gold had already set their sights on luring Pellegrini from his job in China.

“Do I feel I have unfinished business? I certainly do,” added Moyes.

“I really, really enjoyed my time here last time. I felt that, by the end of my time, we had turned things around and had gone in a positive direction with the players, and I think the players would say that as well.

“They really enjoyed the end of the time here. Obviously I would have liked to have developed that and worked from there, but it didn’t quite happen.

“Do I feel I was treated badly? No, I don’t because things were done correctly in as much as I wasn’t taken on, and I was told that.

“I was disappointed, which I have said before, but I have another chance to go again and I think that says a lot about the owners that they thought the job I did do with my staff was good enough to give me another opportunity.

“This time I am going to make sure there is no choice that they will always want to renew (my contract) in the future.”

Moyes confirmed Alan Irvine would also be returning to West Ham as his assistant, and that Stuart Pearce was under consideration to rejoin the coaching staff.