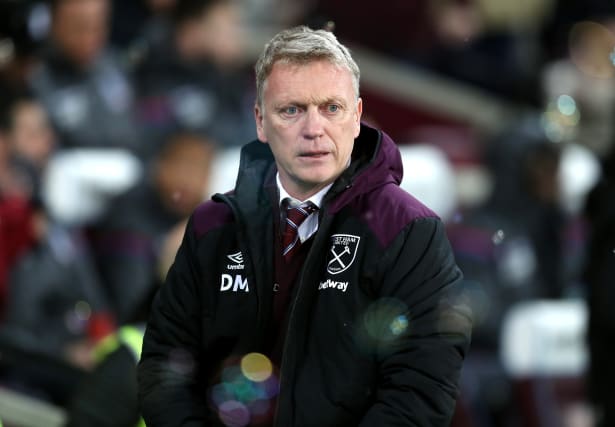 West Ham look set to reappoint David Moyes as the club’s new manager following the sacking of Manuel Pellegrini, according to reports.

Pellegrini was dismissed shortly after Sunday’s home defeat by Leicester, which left the Irons just one point clear of the relegation zone in 17th place.

The east London club are expected to have a new manager in place for the home match against Bournemouth on New Year’s Day.

Director of football Mario Husillos is also expected to leave after Pellegrini’s 18-month tenure was brought to an end.

While West Ham have not made any official comment following Sunday’s short club statement, it has been widely reported Moyes is in line for a return to the job.

Former Everton and Manchester United boss Moyes replaced Slaven Bilic in the West Ham dugout during November 2017 and went on to keep the club in the Premier League, finishing 13th.

However, the Scot was then not given the role permanently.

Joint-chairmen David Sullivan and David Gold decided instead to bring in Pellegrini, the Chilean coach looking to prove himself again having guided Manchester City to the 2013-14 Premier League title.

Moyes is expected to be appointed on an initial 18-month deal, rather than just until the end of the season. Stuart Pearce looks set to also rejoin the Irons as part of the backroom staff, along with Alan Irvine.

West Ham had backed Pellegrini with substantial investment in the squad – which included a club-record £45million to bring in striker Sebastien Haller, who has managed only five goals so far.

Despite a promising start to the new campaign, a run of just two victories since beating Manchester United at the end of September proved Pellegrini’s downfall.

Defeat by a much-changed Leicester side was a ninth loss in 13 Premier League matches, while the Irons had also crashed out of the Carabao Cup following a 4-0 defeat at Oxford.

Midfielder Declan Rice feels the players have to take their share of responsibility and regroup quickly to move forwards.

“We need to be honest with ourselves, start picking up our confidence on the pitch and start playing football,” Rice said.

“The only way to change things is to stick together, keep working hard and hopefully things will change.”

Rice added in an interview with BBC Match of the Day, published on the club’s official website: “Bournemouth is massive now and all focus goes to that. It is probably the biggest game of the season.”