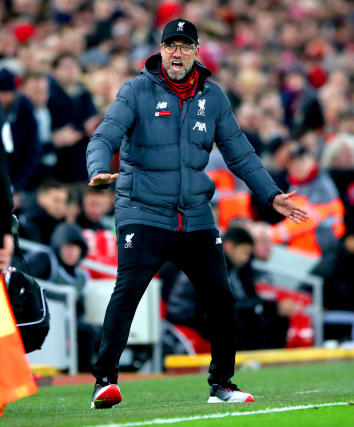 Leaders Liverpool may have a commanding advantage at the midway point of their Premier League season but manager Jurgen Klopp expects to scrap for every point in the second half of the campaign.

An 18th win in 19 matches was achieved after Sadio Mane’s half-volley gave them a 1-0 victory over Wolves at Anfield but Klopp’s side found it tough at times as they restored their 13-point lead at the top.

With second-placed Leicester and Manchester City, in third 14 points adrift, so far behind and Liverpool also having a match in hand, there are few who are doubting the Reds will go on to lift their first title in 30 years.

However, Klopp is not expecting for it to be a procession from here in.

“If it would be easy to win the amount of games we have done then more teams would have done it. It’s not easy. We have to fight with all we have,” he said.

“But there is a long way to go for all of us. Everybody asks me what it was like in 2019: my 2019 team was brilliant but that’s not important, we count seasons, not years.

“The 2019-20 season is not over. We are halfway there. There are 19 games to play. That’s a lot and probably 19 of them will be like this, for different reasons.

“We will be facing teams who will fighting for the league for all they have, and the fight for the Champions League and Europa League has opened up again.

“We have to be ready. Who cares about points in December? We have just created a basis we can work with from now on.”

VAR dominated the post-match discussion as Mane’s goal was originally ruled out for handball by Adam Lallana by referee Anthony Taylor, only for him to overturn the decision after VAR referral.

Moments later Wolves scored through Pedro Neto only for the equaliser to be chalked off as Jonny’s foot was deemed to be marginally offside.

Wolves boss Nuno Espirito Santo, who was booked for his protestations, refused to discuss VAR’s impact on the game.

“I am sorry but I don’t want to speak about VAR,” he said.

“The only thing is the decisions are being taken by a referee that is miles away from here and he doesn’t feel the game, he is not at the game.

“I am a coach, I have to think about my own things but what we don’t want is what is happening – Liverpool are a fantastic team, club, stadium and we are celebrating a non-goal. Come on.”

He was, nevertheless, pleased with their display.

“Of course, in terms of the performance we did well,” he added.

“We didn’t start the game very well but we were in control, knowing we were playing against a fantastic team with amazing players and we were able to control that.

“In the second half, we not only controlled but dominated certain moments of the game.

“We should be better with the final touch but this is the work we have to do. This energy we put in until the end makes us very proud.”