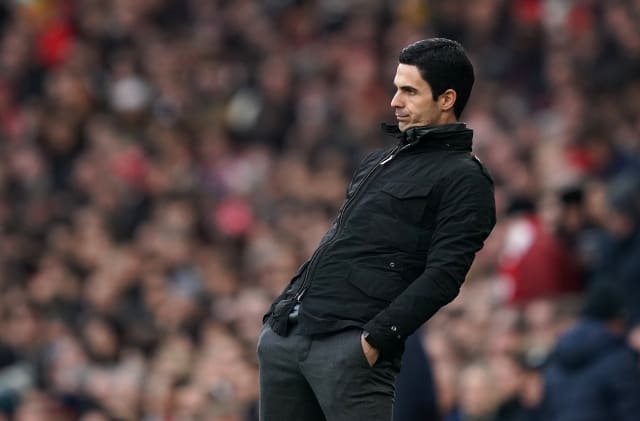 Mikel Arteta took charge of his first home match as Arsenal manager when they hosted Chelsea.

The former Gunners midfielder could not prevent them slipping to a 2-1 defeat.

Arteta made two changes to the side that started the 1-1 draw at Bournemouth on Thursday with Calum Chambers, back from suspension, returning to the defence and Matteo Guendouzi recalled. Granit Xhaka was not involved in the 18. Arteta continued to show faith in Mesut Ozil by naming the club’s highest paid player in the starting XI.

Arteta singled out Ozil in his first matchday column. “I told the media when I arrived, everybody at the club has a clean slate with me,” he wrote. “I can say since the day that I arrived back at London Colney Mesut’s attitude and professionalism has been incredible and his performance against Bournemouth was another really big positive from the match.”

The Spaniard slipped out of the tunnel almost unnoticed as he shook hands with opposite number Frank Lampard. There was no fanfare, just down to business. The atmosphere at the Emirates was as lively as you would expect for a London derby, and the crowd had certainly swelled since the last days of Unai Emery’s time in charge.

Pierre-Emerick Aubameyang was once again deployed out on the left, with Ozil behind frontman Alexandre Lacazette and Reiss Nelson on the right. The Gunners were organised, energetic and broke with pace. It was Lampard who had to acknowledge he had got it tactically wrong when he hooked Emerson during the first half. However, Arsenal were ultimately undone after Arteta had taken off Ozil in a bid to shore things up.

Arteta’s Arsenal were focused and to a man worked exceptionally hard  – including Ozil. The defence was untroubled in the first half and Arteta punched the air with delight when a slick corner routine was rewarded by Aubameyang’s goal. However, the wheels came off when a howler from goalkeeper Bernd Leno gifted Jorginho an equaliser and moments later Tammy Abraham had snatched victory for the Blues, proving there is still a long road ahead for the Gunners.