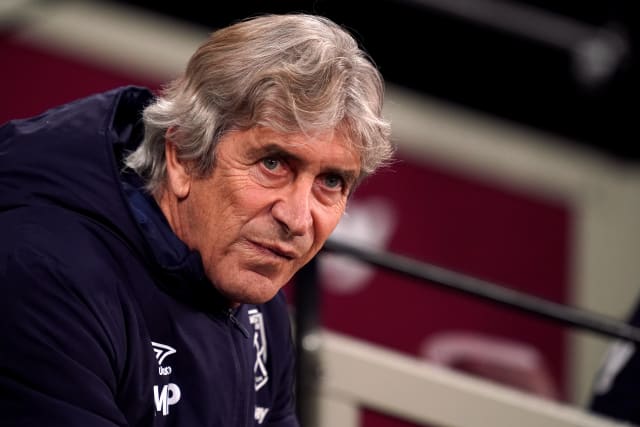 Manuel Pellegrini finally paid the price for West Ham’s alarming slump after he was sacked following the 2-1 defeat by Leicester.

With the Hammers a point above the drop zone and facing a crunch match with fellow strugglers Bournemouth on New Year’s Day, joint-chairmen David Sullivan and David Gold swung the axe.

Sullivan said: “It is with great disappointment that we’ve had to make this decision. Manuel is a gentleman and it has been a real pleasure to work with someone of his calibre.

“However, it has become clear that that a change is required to get the club back on track in line with our ambitions this season.

“We felt it was necessary to act now in order to give the new manager as much time as possible to try and achieve that goal.”

Pellegrini’s expensively assembled side started the season in fine form, but a run of two wins from 14 matches – and four straight home defeats – saw them tumble from fourth to 17th in the space of three months.

The 66-year-old, a Premier League title winner with Manchester City, spoke to the media after the Leicester match and admitted he did not know if he would still be in charge against Bournemouth. By 9pm, he had his answer.

David Moyes, who was in charge before Pellegrini, is understood to be among the front-runners to take over, having saved the Hammers from relegation when he replaced Slaven Bilic in November 2017.

The players were booed off yet again after Demarai Gray, who missed a first-half penalty, scored the much-changed Foxes’ winner early in the second half.

Kelechi Iheanacho had headed Leicester ahead and, although Pablo Fornals equalised before the break, West Ham had no answer to Gray’s fine finish.

Gray was one of nine changes made by Foxes boss Brendan Rodgers, with Jamie Vardy absent following the birth of his daughter earlier in the day.

“He’s been fantastic for me,” Rodgers said. “You have to show real character when you miss a penalty early on but he kept running, his body language was good and it was a brilliant finish.

“This is a league where you have to be at your maximum, especially how I ask the players to play.

“To play how we wanted to play today we needed that energy and attitude. I felt the changes were important for us.”

Rodgers added: “At the beginning of the season we were tipped as a possibility, with one or two other clubs, to break into the top six.

“For us to be sat sandwiched between two incredible teams – two historic teams – really shows the quality and the consistency of this group.”