Pogba was not ready to face Burnley, says Solskjaer 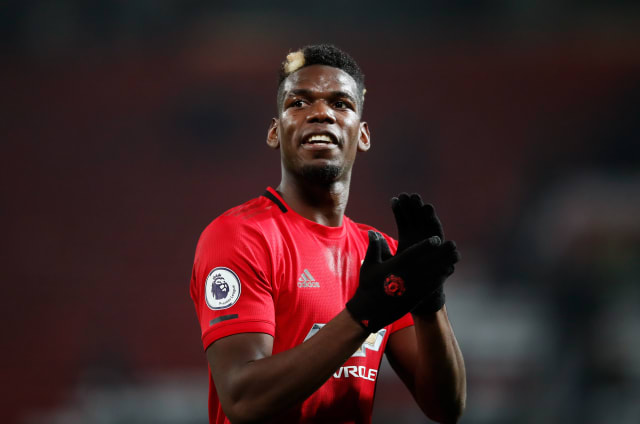 Pogba returned from nearly three months out with an ankle injury as a substitute against Watford last weekend and played the second half of Thursday’s victory over Newcastle.

With Scott McTominay injured, Pogba had been tipped for a start against Burnley but did not make the short trip to Lancashire.

Solskjaer said: “He’s been out for a long while and it didn’t feel right, he reacted to (playing against Newcastle), so we’ll just have to take our time and get him ready for next time.

“When you’ve been out for such a while it’s always going to take time before you’re 100 per cent.”

United did not feel Pogba’s absence, though, with Fred particularly impressive as United made it back-to-back Premier League victories to finish the year.

Anthony Martial took advantage of an error by Charlie Taylor to score the opener just before half-time and Marcus Rashford secured the points with virtually the final kick of the game.

Solskjaer said: “It was a very good performance, very happy with the attitude and approach to the game. We knew we had to be on top of our game both on and off the ball.

“Coming here, when I’ve watched Burnley, with the front two with (Ashley) Barnes and (Chris) Wood, you’re going to be in for a tough night and I thought we handled them really well.

“We’re getting better, we’re improving, just we’ve had too many draws early on and that puts us in the position we’re in. We’ve only lost once each month – if you go a month between every time you lose it’s not bad for a team that’s learning. Tonight was a big step forward anyway.”

Regarding McTominay’s absence, Solskjaer estimated the midfielder will need around three or four weeks to recover from his knee injury.

“The next couple of weeks, I don’t think we’ll see him, it’ll be more than that,” said the Norwegian.

“But he’s always proved before if you give him three weeks, he’s back in two, but I don’t know if it’s three or four weeks. It might be something like this.”

Burnley boss Sean Dyche was disappointed that it was another error from his team that allowed United to make the breakthrough.

He said: “Two back-to-back games that have been frustrating really because two mistakes at key times have affected the outcome.

“But a lot of good things from the performance. (We were) still playing a top side. Generally first half we handled it well and then a mistake changes the feel. I thought second half we responded to that really well. I was really pleased with the second-half performance.”