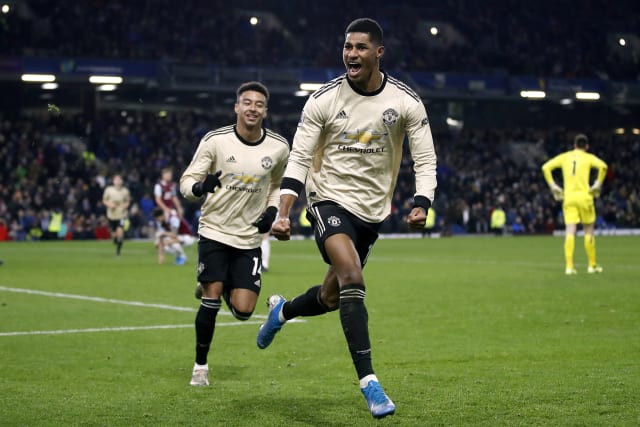 Anthony Martial and Marcus Rashford fired Manchester United to a 2-0 victory at Burnley as Ole Gunnar Solskjaer oversaw a triumphant conclusion to a topsy-turvy 2019.

From the high of March’s Champions League comeback win at Paris St Germain to chastening losses to the likes of Everton, Newcastle and Watford, this will be remembered as challenging year of transition at Old Trafford.

There remains plenty of work to do but United head into the New Year buoyed by back-to-back wins, with Martial and Rashford scoring at Burnley just 50 hours after the comprehensive comeback against Newcastle.

Solskjaer’s side could have scored more at Turf Moor but this was another victory when bossing possession, while they also ended a club-record 14-match run without a Premier League clean sheet.

Burnley have not beaten United since 2009 and never looked likely to spring a surprise on Saturday, with Rashford hitting a post in a first half that Martial opened the scoring in after Charlie Taylor flapped under pressure.

Phil Bardsley forced David De Gea into a fine save after the break, but Sean Dyche’s men looked more likely to get a red card than a goal on a night when Rashford turned home at the death to add gloss to the scoreline.