Liam Cooper not fazed by high expectations at Leeds 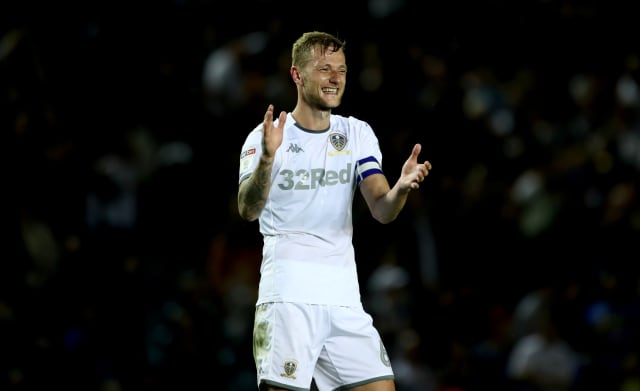 Captain Liam Cooper insists Leeds are ready to match the standards and expectations placed on them as they look to get back to winning ways in their Sky Bet Championship promotion push.

Marcelo Bielsa’s side head to Birmingham on Sunday having failed to secure victory in their last three games, including a 1-1 home draw with Preston on Boxing Day.

They sit three points adrift of leaders West Brom, with the top two meeting at the Hawthorns on New Year’s Day.

The Blues are first up, however, with Cooper calling for a high-level performance to set them up nicely for the table-topping clash.

“We are used to playing with this expectation and pressure and we know what we have got to do,” he told the Yorkshire Post.

“We are a good team who don’t give up and that is the way it will always be. Birmingham is going to be another tough game, they are a good side.

“They are strong in this league and we are excited to go there and, hopefully, get the performance and the levels of performance that we are used to.”

Bielsa has coached at the top level in Spain, France and Italy, as well as managing Argentina and Chile, and Birmingham boss Pep Clotet admits he has taken ideas from his Leeds counterpart.

“They are a team I love to see playing because it’s a style of football that I identify myself to.

“For me it’s a pleasure to see him in his second season getting his group playing that kind of football and making a massive difference in the Championship.”

Slaven Bilic’s West Brom will be looking to at least maintain their gap at the summit as they host Middlesbrough.

The Baggies will want to bounce back after conceding a last-gasp equaliser at Barnsley on Boxing Day, with midfielder Filip Krovinovic not troubled by the festive fixture congestion.

“This busy Christmas period is new for me, and some other players also in the team,” the summer signing told wba.co.uk.

“But I think a lot of things are in our heads. If we say in our head that we can do it, I don’t think it will be a problem for us.

“The games are only a few days away but we are professionals, we know how to take care of ourselves and we are going to prepare for the game.”

Despite recent stutters both West Brom and Leeds have a healthy lead over the chasing pack, with third-place Brentford heading to Millwall eight points adrift of the automatic promotion spots.

The remaining three clubs who currently occupy play-off places are all at home on Sunday with Sheffield Wednesday hosting Cardiff, Fulham welcoming Stoke to Craven Cottage and Preston facing Reading.

Nottingham Forest in seventh face a visit from bottom side Wigan, whose last league win came in the reverse fixture on October 20 – but Latics boss Paul Cook has been pleased with recent performances.

“You can look at it whichever way you want, it’s how you want to deem it,” he said after Derby’s last-minute equaliser dashed hopes of a rare Wigan win on Boxing Day.

“We haven’t won since October, we’re in the relegation places.

“But the reality is we’re actually doing okay, we’re in a good vein of form and we possibly should have won the last four matches.

“That’s the margins you’re dealing with in this game and it’s how you go about finding a winning mentality.”

Any positive result for Wigan could be enough to lift them off the foot of the table and up to 21st place.

They are just a point behind Stoke and Luton, the latter travelling to Bristol City on Sunday, while Barnsley head to Swansea with only a superior goal difference keeping them above Cook’s side.

Elsewhere, QPR and Hull clash in west London while Huddersfield and Blackburn square off at the John Smith’s Stadium.