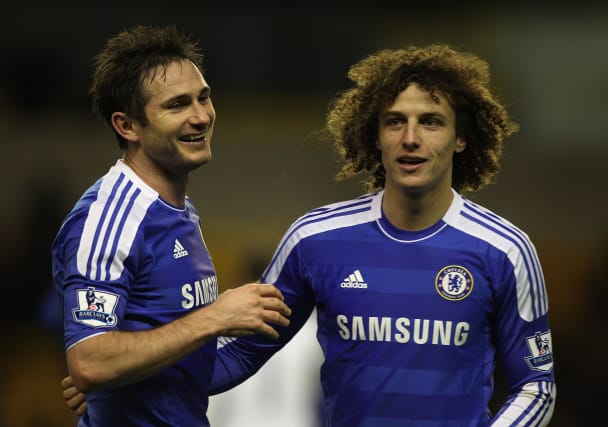 Frank Lampard expects to have to make “countless more” tough decisions at Chelsea like the choice to let David Luiz join Arsenal in the summer.

Brazil defender Luiz had only signed a new two-year Chelsea deal at the back-end of last term, but new Blues boss Lampard still allowed him to move to London rivals Arsenal.

The emergence of young England star Fikayo Tomori created a logjam at centre-back at Stamford Bridge, and Lampard opted to prioritise the 22-year-old’s progress.

Chelsea will face Luiz in Arsenal colours for the first time in Sunday’s Premier League clash at the Emirates Stadium, with Lampard insisting he retains great respect for his former Blues team-mate.

“There will always be decisions; if you look at our defenders and the emergence of Tomori, that’s obviously been a big plus for us,” said Lampard.

“It was just a decision that was made, and while I’m here I’ll be making countless more of those in different ways. So that’s what it is.

“And I certainly wish David well, when he left this club, where he was part of the (2012) Champions League winning team, played with half a hamstring in the final, I know that.

“He got himself fit when he was under pressure with the injury and I would always respect that.”

Mikel Arteta will be in the dugout for Arsenal when Chelsea pitch up at the Emirates, and Lampard believes the new Gunners boss’ managerial inexperience in no way counts against his chances of success.

“He’s worked under one of if not the greatest for a couple of years at Manchester City under Pep Guardiola,” said Lampard.

“He was always an intelligent player, and now has worked under that. So I don’t buy the whole ‘inexperienced one’.

“You don’t know until you take a chance on somebody, and who’s to say that manager’s better or worse for being in their first year of management as opposed to their 50th year. I don’t buy it.

“Now it’s his turn to make those big decisions for himself and the years he’s had working with Guardiola at a huge club who have been successful, I think it puts him in great stead.

“So I don’t think the question mark will be on that, it will be purely on Arteta, the quality of him, and can he get Arsenal to the position they want to be in.

“I also think you have good people around you.

“I’ve seen Arteta’s put his staff together and he’ll rely on them, as I’m sure Guardiola relied on his, as I certainly rely on mine. So I think that’s the best way I’ve found to go about it.

“He seemed to be a leader, not a fist-pumping kind of leader, but a leader in whatever team he would play in. So it looks like he could be well-suited to management.