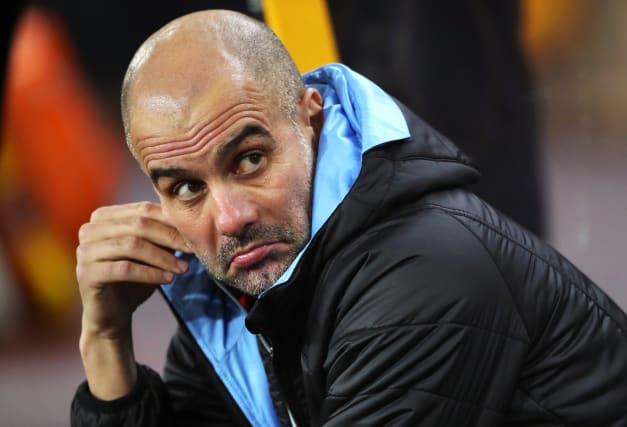 Pep Guardiola has launched a fresh attack on the Premier League and broadcasters, claiming they do not care about players’ welfare.

The defending champions are 14 points behind leaders Liverpool having had goalkeeper Ederson sent off before blowing a 2-0 lead in a dramatic night at Molineux.

City boss Guardiola hit out at the schedule when the TV picks were announced in October and has renewed his criticism.

“I don’t have any confidence about that. They don’t care,” he said, when asked if he would like to see the Premier League change and look at player welfare.

“In the first season it was the same, we played at Anfield and two days later with Burnley at home.

“My words are not going to change anything, Jose (Mourinho) and Jurgen (Klopp) have said the same. Every season is the same, TV decides and we have to adapt.

Defeat at Molineux was City’s fifth of the season in the Premier League with their hopes of a third-straight crown slipping away.

They host the Blades third in the top flight having suffered a second loss in their last four league games.

But Guardiola urged his side to move on, despite their problems this season.

He said: “The club has made incredible steps with different managers and players and have sustained that. In 10 years they have won four Premier Leagues which isn’t bad.

“We were incredible for two seasons and in this competition we have lost more in the league than in the previous two seasons.

“You have to analyse and move forward.”

Ederson is banned after his red card on Friday while Gabriel Jesus may return having missed the game at Molineux due to illness.