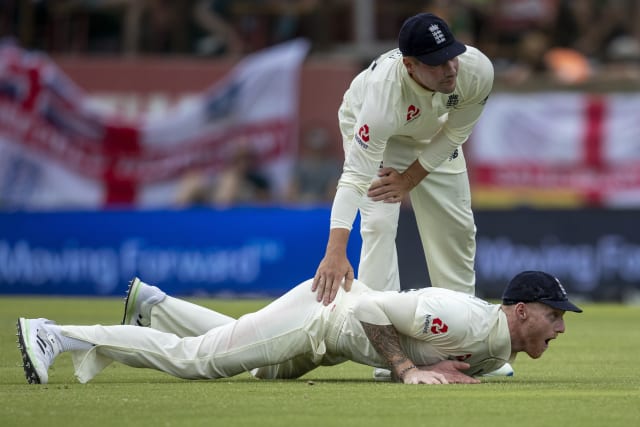 England endured a torrid third morning in the Boxing Day Test against South Africa, with captain Joe Root and Jos Buttler the latest players to be struck down by illness and South Africa extending their lead to exactly 300.

The game was up for grabs at the start of play, with the Proteas resuming 175 ahead on 72 for four, but things started to go wrong before the first ball had even been bowled and by lunch the score was 197 for seven.

Buttler felt unwell on arrival at the ground, a frustratingly familiar story on a tour beset by sickness and flu-like symptoms, leaving Jonny Bairstow to retake the wicketkeeping gloves.

Root lasted 40 minutes before he too began to feel under the weather, spending another 40 minutes in quarantine before briefly rejoining the fray looking decidedly unwell. Root was the 10th member of the touring squad to report sick, with four members of the backroom staff similarly affected.

That would have been enough to leave England feeling sorry for themselves but a couple of quick breakthroughs would have proved just the tonic.

South Africa began with a debutant and a nightwatchman at the crease in Rassie Van Der Dussen and Anrich Nortje but rather than being a soft touch they frustrated England for 90 minutes.

In stark contrast to the tourists, who repeatedly bowled too short, Van Der Dussen and Nortje were bouncing with energy. Quick singles kept the scoreboard moving and although there were a couple of risky ones thrown in for good measure, fielders consistently failed to hit the stumps.

By the time Archer had Van Der Dussen lbw he had bagged his first Test fifty and shared a stand of 91 – the largest of the match. Two more wickets fell before lunch, Archer finally ending Nortje’s resistance, caught by Zak Crawley at short-leg for 40, and Stokes accounting for Dwaine for Dwaine Pretorius.

But Quinton De Kock ensured there was no easing off, racing to 30 not out in 17 balls with two outrageous pulled sixes off Archer and a third maximum sailing off the top edge.